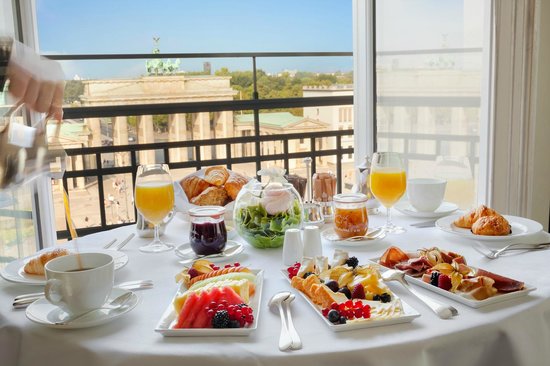 There is no other place in Berlin that compares to the Adlon Kempinski Hotel.

While our stay in Berlin we spend a night at this fabulous place in the heart of the city, right next to the Brandburger Gate and the Reichstag. When you enter this hotel it has such charm that you believe all important people must have been here already.

First, we went on a little travel back in time… 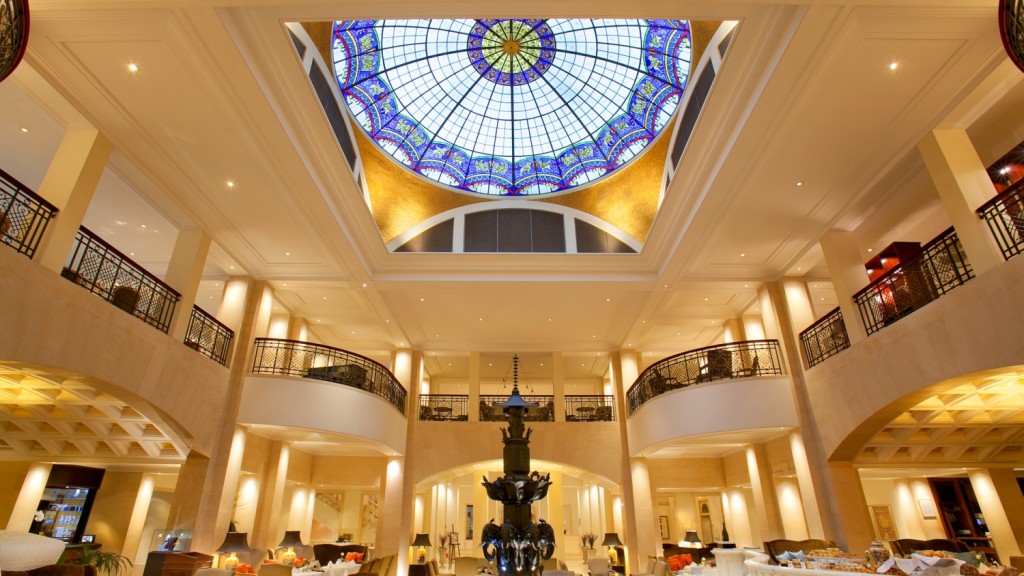 The Hotel Adlon owes its name to its original owner, Lorenz Adlon, who invested 20 million gold marks and two years into the creation of the hotel, which first opened on 23 October, 1907. After burning down in WWII and literally being re-born from the ashes, admittedly with some decades delay, the new Adlon has quickly reclaimed its reputation as Berlin‟s most illustrious hotel since its re-opening in 1997. 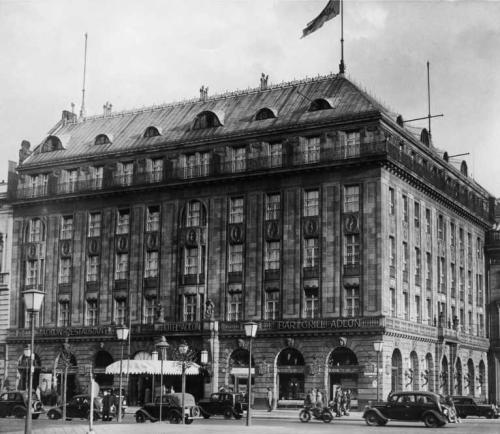 Today, the hotel is once again the gathering place of heads of state, royals, politicians, stars and starlets, intellectuals, artists, designers, entrepreneurs, charming roughs and quirky characters, which ensures that there will never be a dull moment once one enters the magnificent world that is the Adlon. 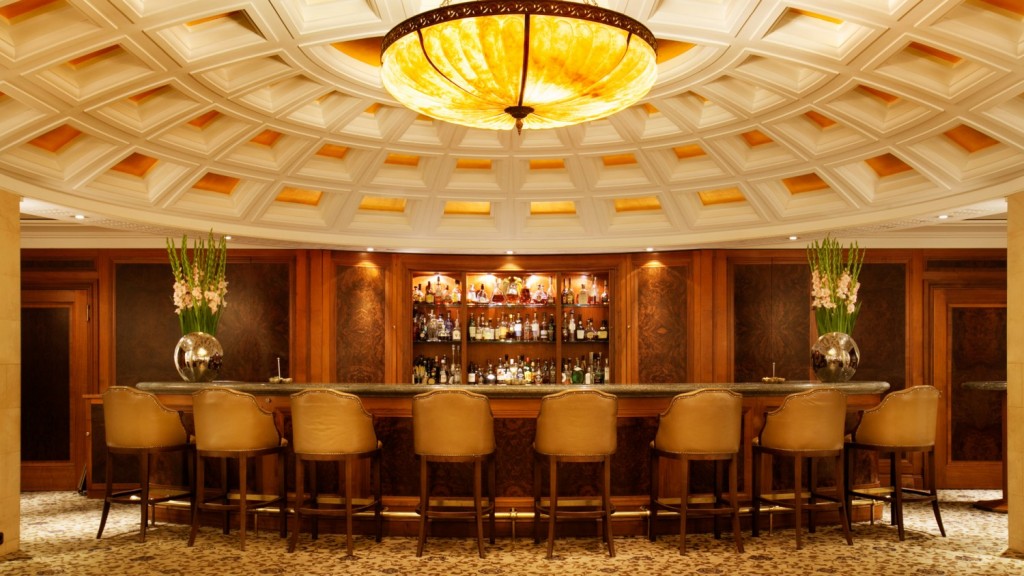 Rebuilt from the original designs of the previous Hotel Adlon, the classic building reflects the grandeur of the „Unter den Linden‟ boulevard perfectly, where it proudly stands right next to one of Germany‟s most historic landmarks – the Brandenburg Gate.

The hotel’s location is the most prestigious in the German capital. Berlin’s most significant sights and monuments are only a stroll away and a comprehensive cultural repertoire, such as the Museum Island and exclusive shopping opportunities, is easily accessible via public transport which is within walking distance. 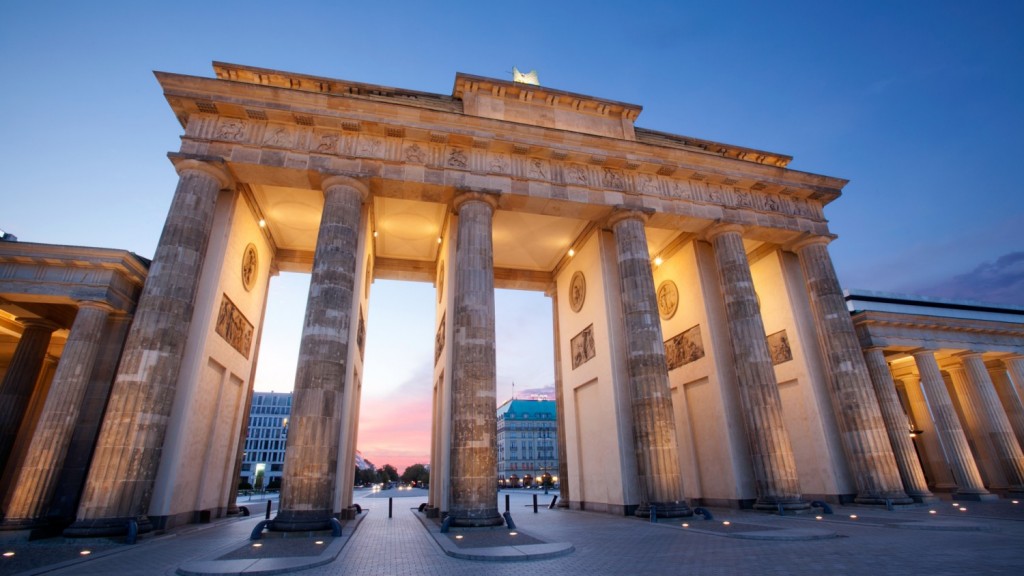 This place is huge!

304 spacious rooms and 78 lavish suites, three restaurants (one of which was awarded two Michelin stars), two bars, a grand ballroom and the Adlon Palais, a fitness centre with an indoor pool and an exquisite Adlon Spa by Resense are just some of the facilities of this grand hotel… 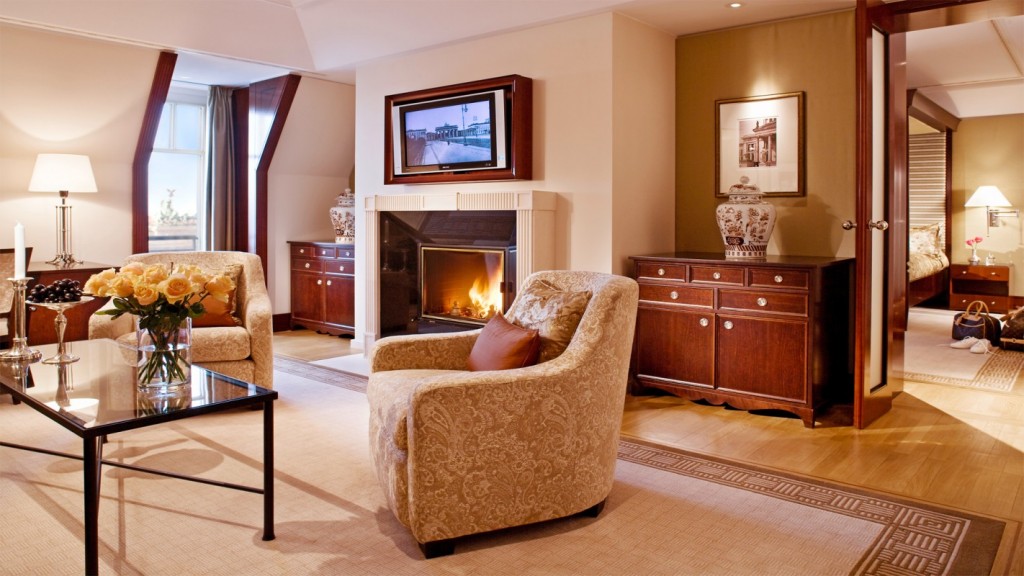 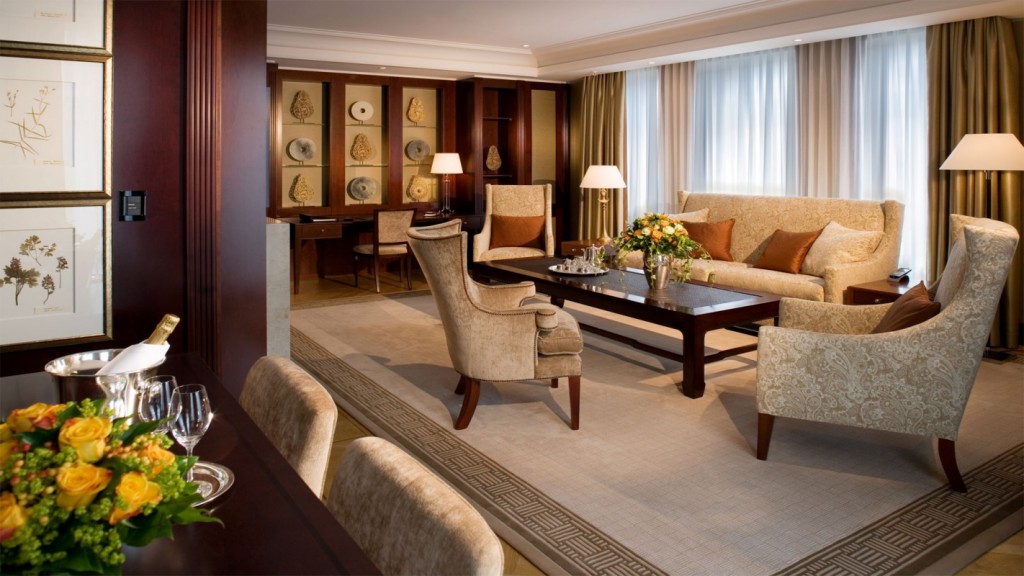 We stayed in the Junior Suite Brandenburger Tor (size: 62 sqm/667 sq.ft.) with an amazing view of the Bandenburger Tor. Every detail was elegant – the room, the attention, the service. We had champagne and a big fruit bowl as little presents of the house on our arrival. Not to forget, delicious chocolate made from scratch. 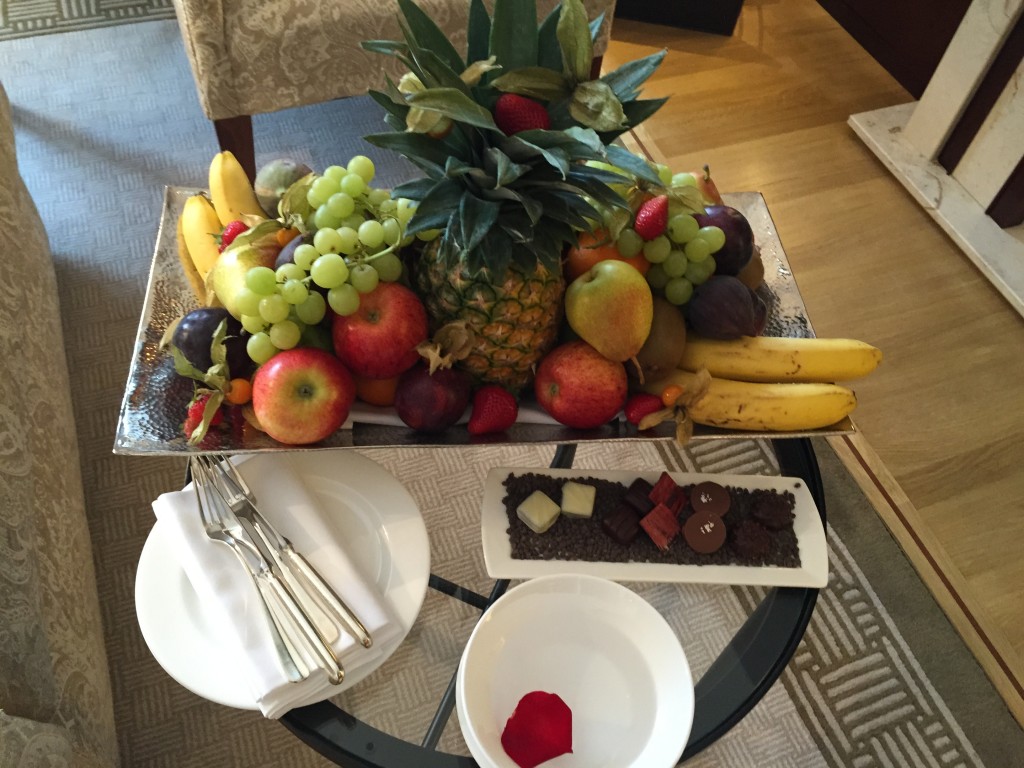 The Adlon Kempinski hotel is perfection with heart.

The Suite itself has everything you need to be happy; a beautiful bathtub, a steaming sauna in the shower, an amazing bed for kings and queens, ipad, huge tv and a very well equipped mini bar.

The Spa is incredible.

Read everything about that special experience in our other article www.whatweadore.com/champagne-detox-spa-adlon-kempinski-berlin/.

Their restaurant SRA BUA is innovative and fantastic and the breakfast is just another story. I’ve had some blinis with a few different types of caviar, omlette, salmon tartar, a green smoothie, fresh orange juice and fruits.

That’s what I call power breakfast! Even if you would wake up with bad mood in the morning, that breakfast would always brighten you up, believe me. 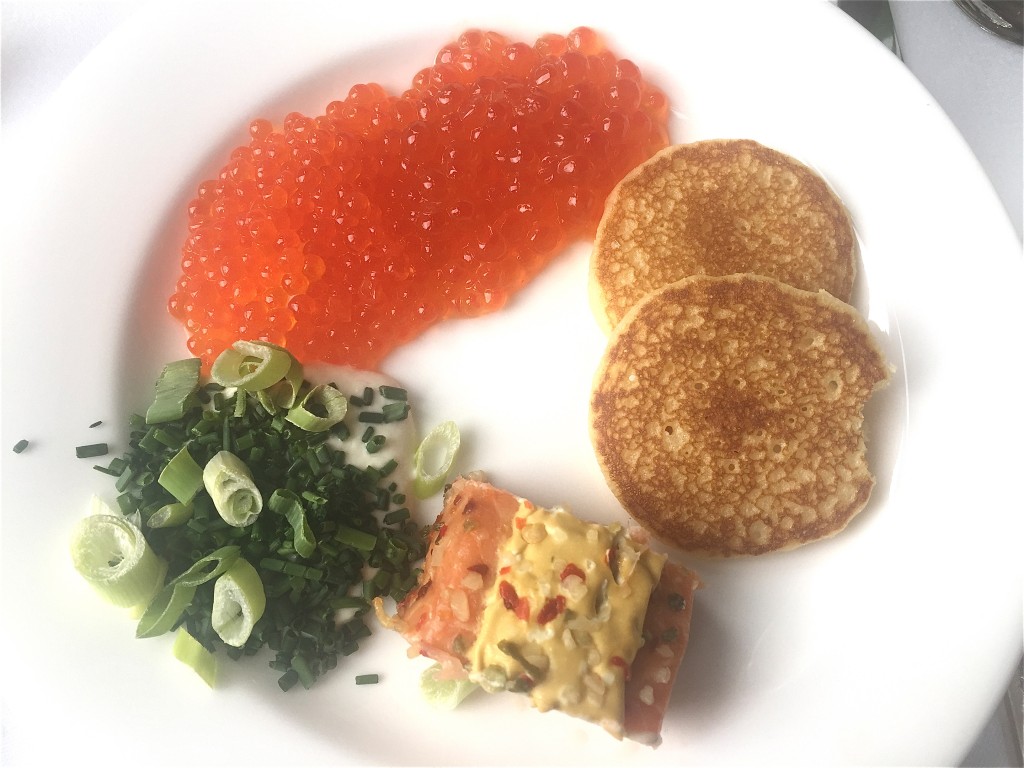 Berlin has many faces, that is what makes the city so interesting. While staying at the Adlon you will discover Berlin from its most beautiful site. The Adlon belongs to Berlin, just like the Brandenburger Gate. 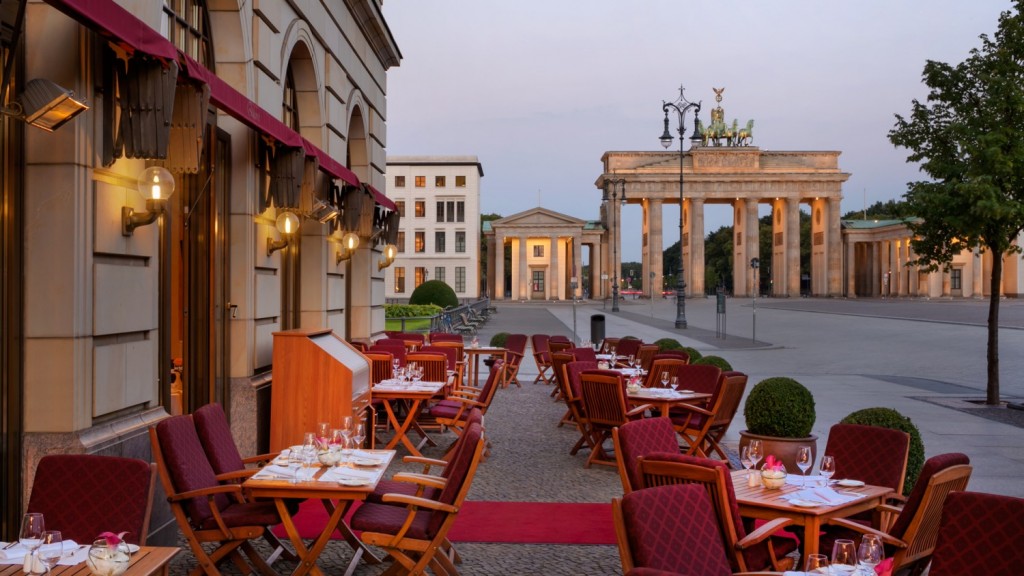 We call The Adlon Kempsinski Hotel “The Jewel of Berlin”. 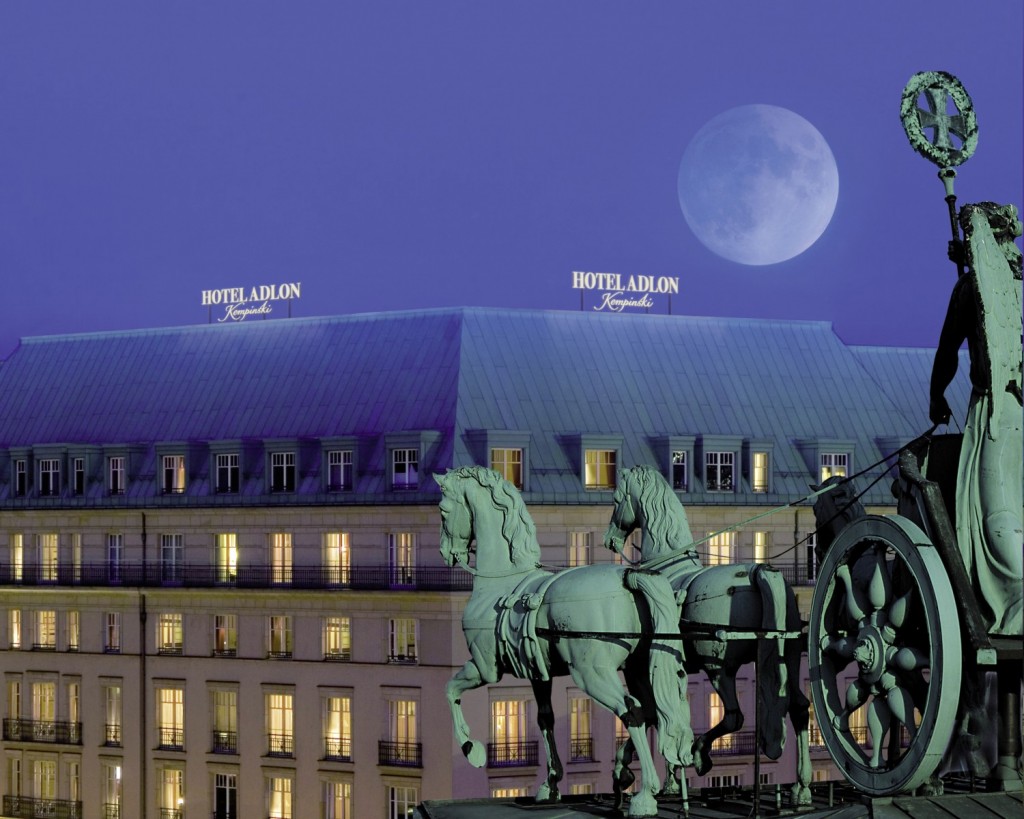 Kaiser Wilhelm II: Demanded no one set foot inside the hotel before him. He was the property‟s greatest supporter throughout his life.

Charlie Chaplin: His trousers fell as admirers ripped buttons from his braces when he tried to enter the Hotel Adlon for the premiere of „City Lights‟.

Greta Garbo: Her famous words, „I want to be alone‟, were whispered at the Hotel Adlon during the filming of „Grand Hotel‟, which was based on the Hotel Adlon.

Albert Einstein: Enjoyed the spectacular view from his corner suite, which overlooked the Pariser Platz and Brandenburg Gate.

Thomas Mann: Stayed at the Adlon en route to Stockholm to receive the Nobel Prize for literature.

Enrico Caruso: Fell ill on the day of his gala performance in Berlin but was so well cared for at the Adlon that the great tenor was able to perform brilliantly the next day. 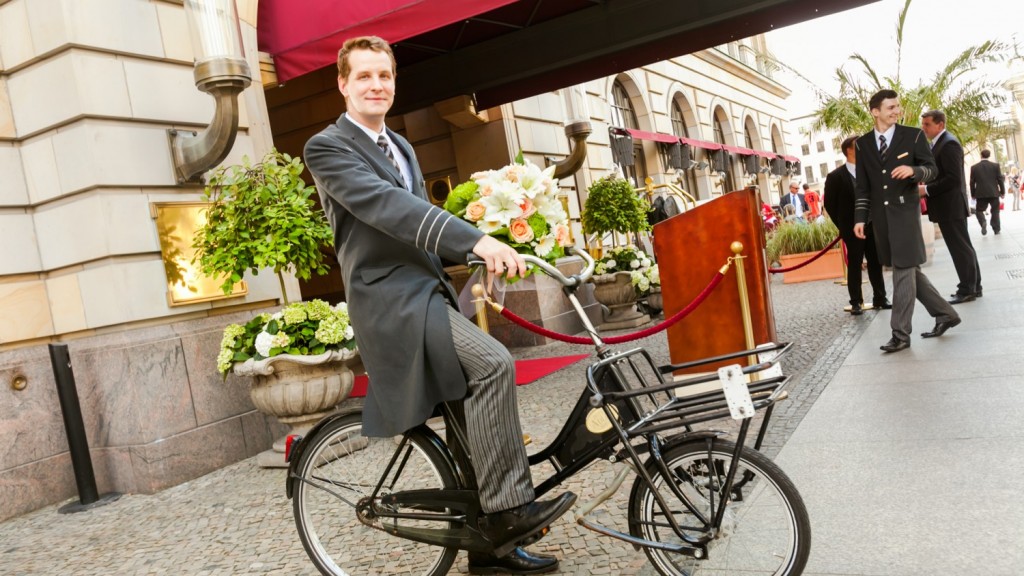 Other famous names that have passed through the doors of the Hotel Adlon include: Teddy Roosevelt, Franklin D. Roosevelt, Mary Pickford, Cornelius Vanderbilt, John Rockefeller, the Czar of Russia, Edgar Wallace and Harold Lloyd.

Watch the sun rise over Berlin, savour our sumptuous gourmet breakfast buffet, spend a few hours at the Adlon Day Spa, wine and dine yourself in our Gourmet Restaurant SRA BUA. Celebrate life.

That’s what the Adlon is about – Love life 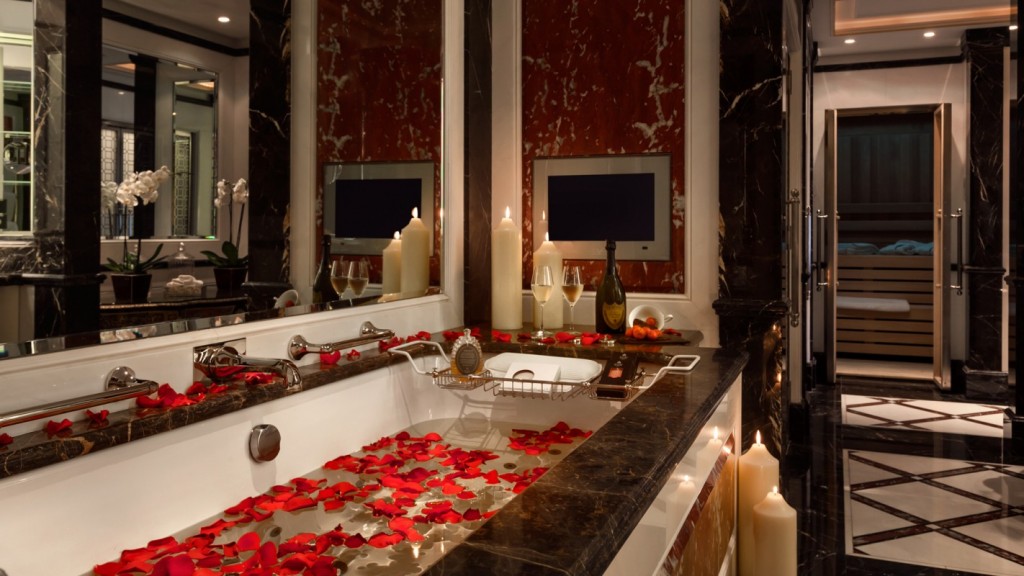 Thank you to everyone from the Adlon Kempinski Hotel for taking so good care of us!