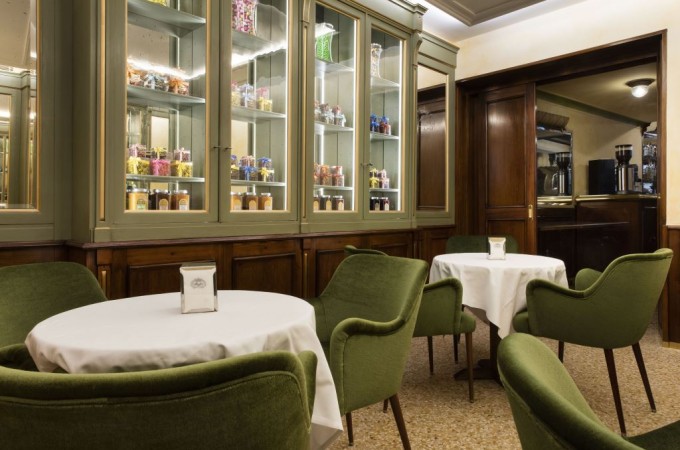 Milan, September 2016 – Pasticceria Marchesi opens a third shop in the heart of Milan in Galleria Vittorio Emanuele II, an emblematic symbol of the city. The new venue, located on the mezzanine floor of the building that houses Prada’s Men’s store, can be accessed by stairs or elevator both from the Galleria arcade and the Prada Men’s boutique.

After the opening of the Prada menswear store, the inauguration of the Marchesi pastry shop is the second phase of a major project in which the prestigious Galleria location of Prada Group will become a genuine hub of its many facets, where fashion, food, art and a wide range of cultural activities will harmoniously coexist.

The new Marchesi shop covering an area of 250 square metres reinterprets the atmosphere and allure of its historic shop on Via Santa Maria alla Porta, Milan. Its striking ambiance with several arched windows overlooks the splendid frescoes and mosaic pavements of the Galleria. 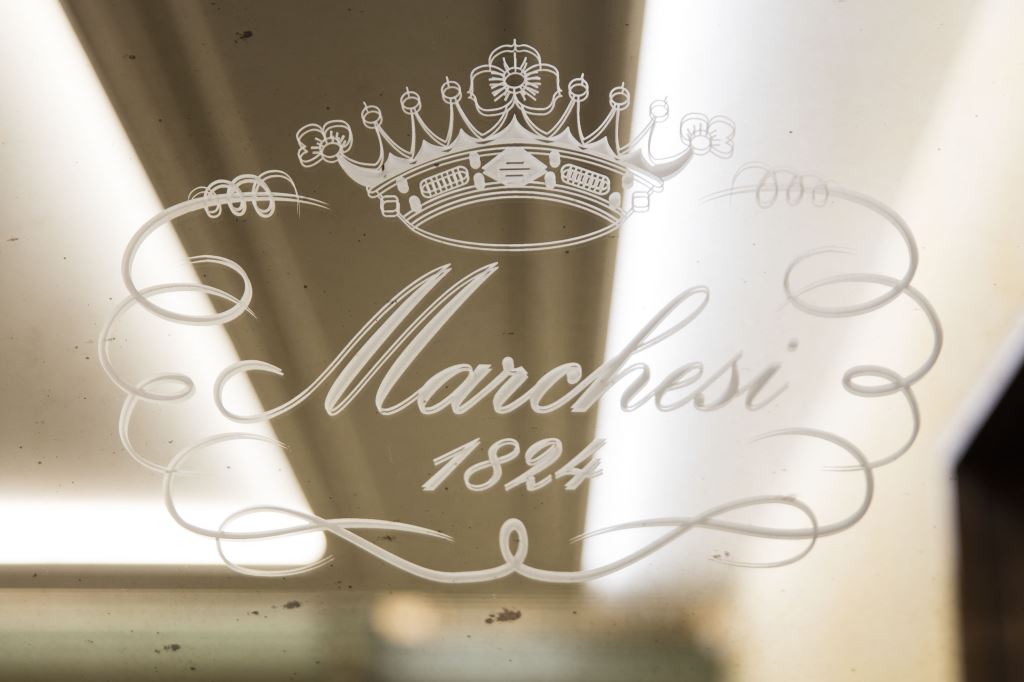 The green Venetian plaster walls are covered in part by floral silk jacquard tone-on-tone fabric, with glass-shelf display cases dedicated to Marchesi specialties. Cherry wood and crystal shelves are topped by large mirrors. The green alpine marble floors and the ceilings with exposed wooden beams, consistent with the image and tradition of the pastry shop, reflect the original style and spirit of the historic shop on Via Santa Maria alla Porta, recreating in the new space of the Galleria an elegant atmosphere that has been characteristic of Marchesi for over 150 years.

Like the Marchesi shop on Via Monte Napoleone, part of the space in the new store is used as an elegant tea room which serves a variety of dishes throughout the day: breakfast, lunch, tea, and an evening aperitif. 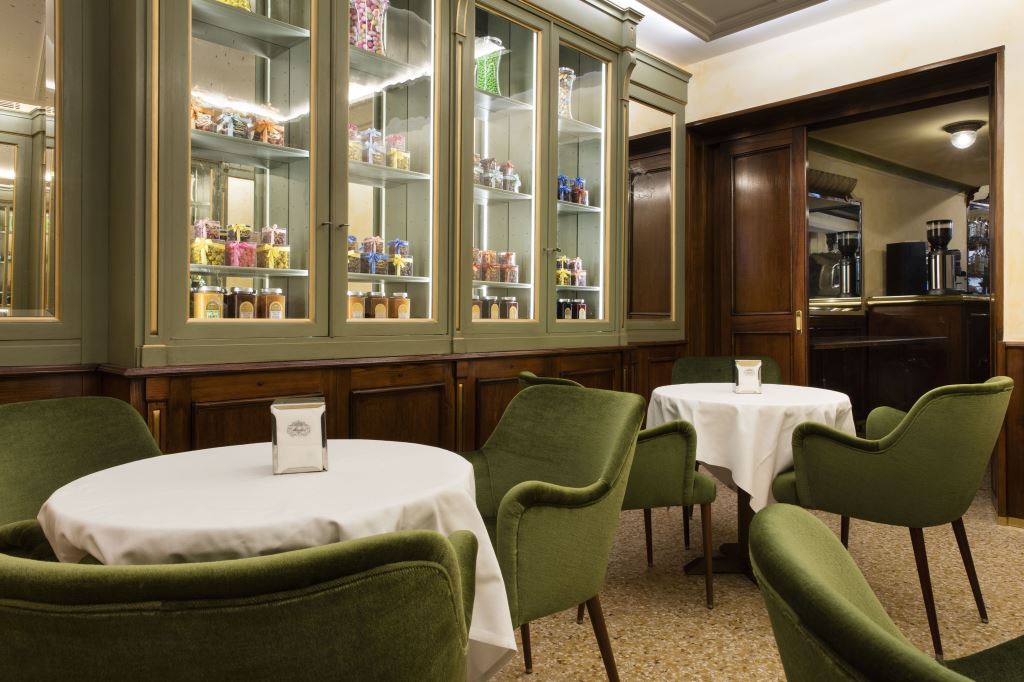 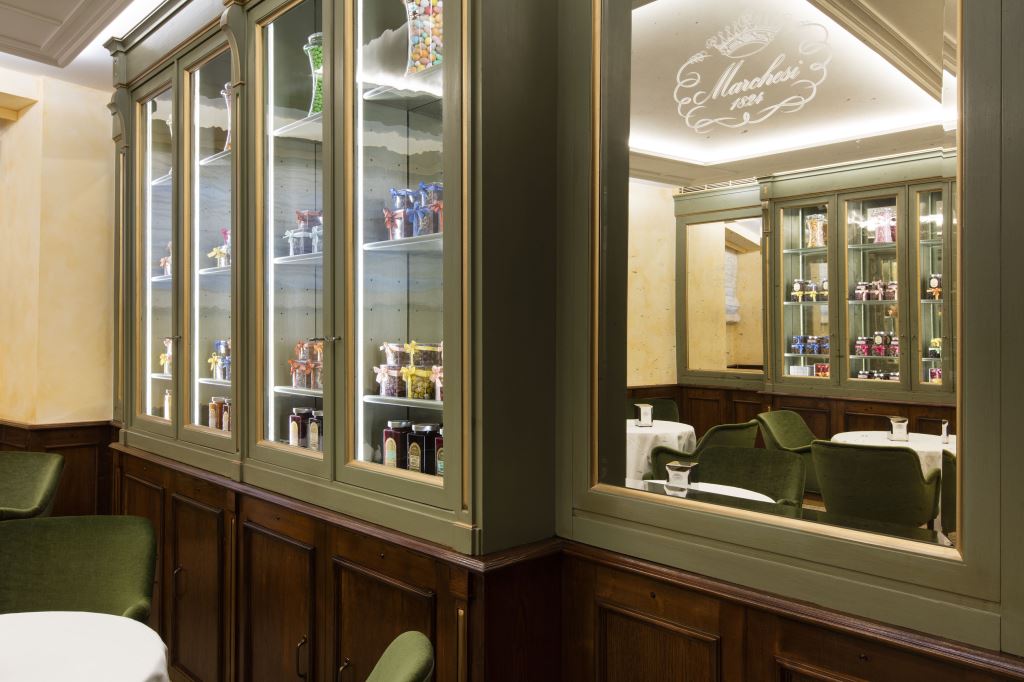 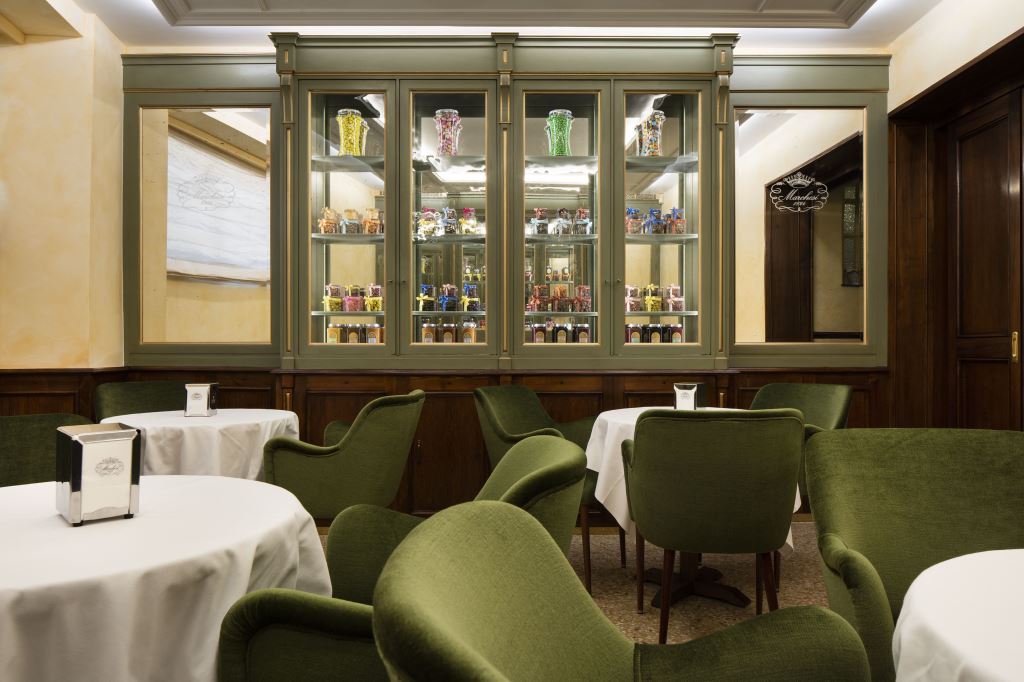