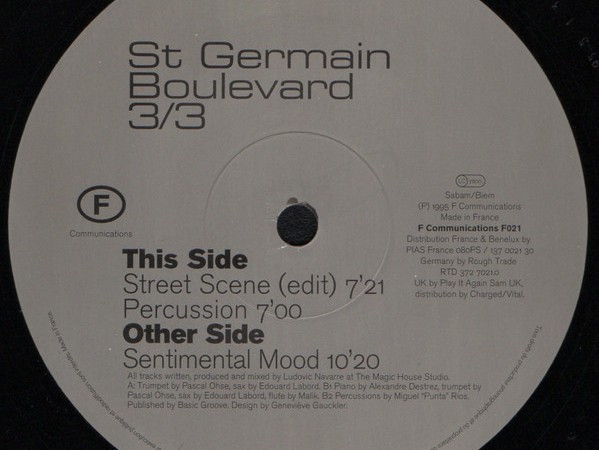 Boulevard is an album by French DJ Ludovic Navarre, released under the stage name St. Germain. It was originally released in the UK on July 28, 1995, but was later released in the USA March 26, 2002. The album is more dance music-oriented and relaxing compared to his 2000 hit album Tourist.