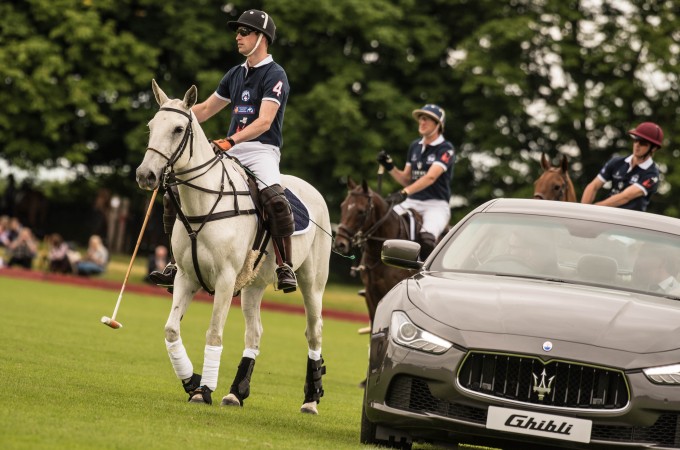 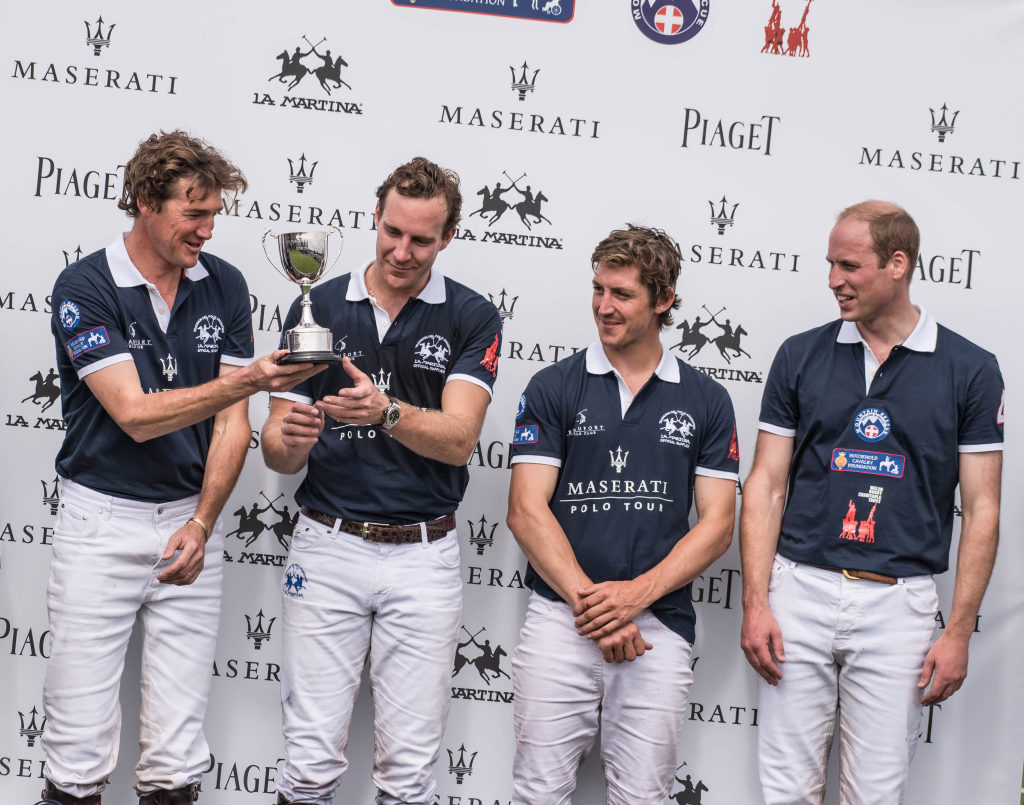 Playing in the UK match at the iconic ground was a very special guest; HRH The Duke of Cambridge who played on the Maserati team.

His Royal Highness took part in the game in aid of the Princes’ chosen charities England and Wales Mountain Rescue, Household Cavalry Foundation and Welsh Rugby Charitable Trust. Since 2007 the Duke of Cambridge and Prince Harry have been playing polo in support of their charities. This summer’s matches will see the total they have raised pass the £10 million mark.

Joining the Princes in the action were England Internationals and La Martina ambassadors, Malcolm Borwick, and George Meyrick.

2016 is the third year Maserati and its historic partner La Martina have hosted a world polo tour, with the UK match being the third of six matches on the calendar.  The 2016 season spans nine months, covering three continents and six time zones.

La Martina, the prestigious supplier of technical polo equipment and luxury lifestyle clothing and official supplier of the Maserati Team, has partnered with the luxury car manufacturer to further strengthen the relationship of the two brands. To mark this leg of the tour, La Martina released a limited edition polo shirt – the Anatomic Sport, of which only 300 will be available.

Enrico Roselli, La Martina CEO, said: “It is a fantastic opportunity to host a third prestigious world polo tour match in the UK alongside Maserati, and at the same time continue to further grow our relationship with another like-minded brand that also contains such magnificent heritage.”

Today’s victory was secured by Maserati, whose excellent performance saw a final score of 9 – 5 ½. After an impressive showing, the Maserati Most Valuable Player prize was presented to polo player, Charley Law. 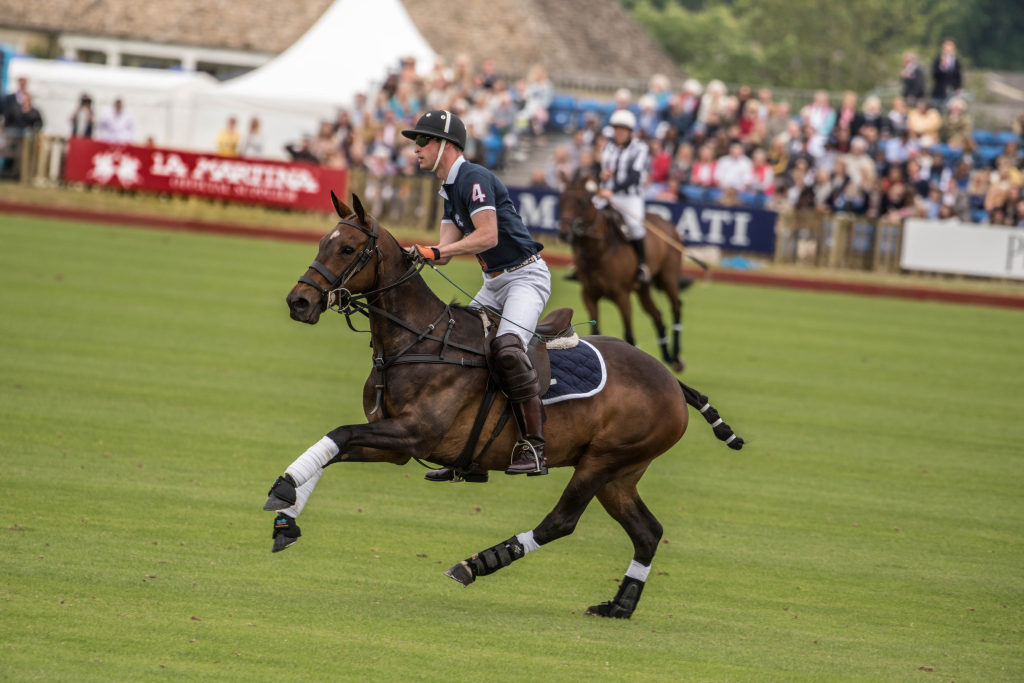 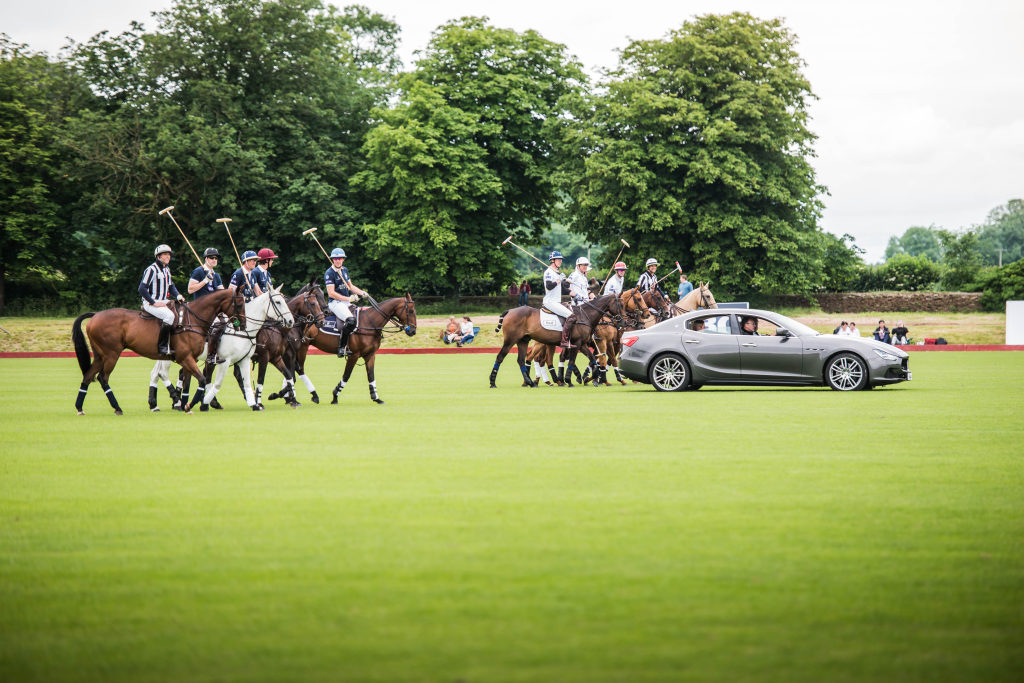 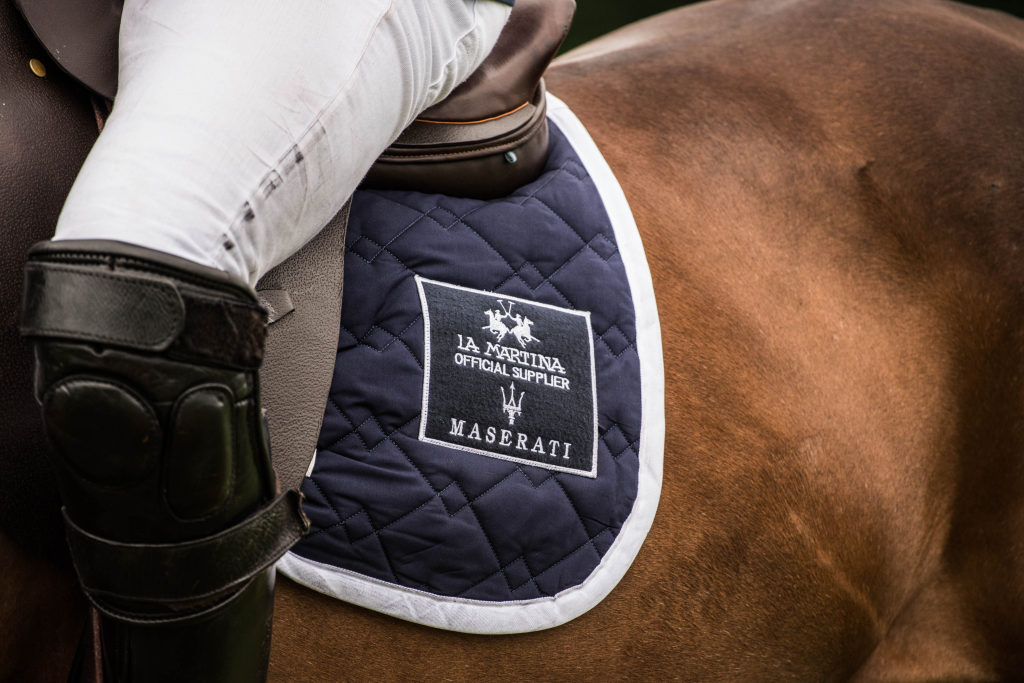 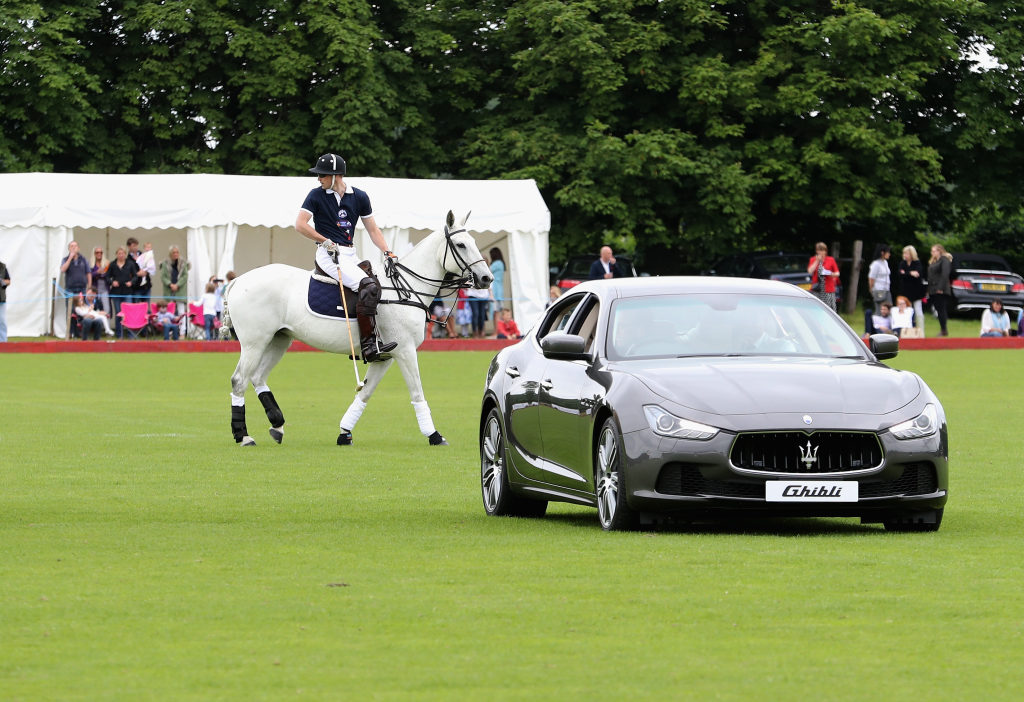 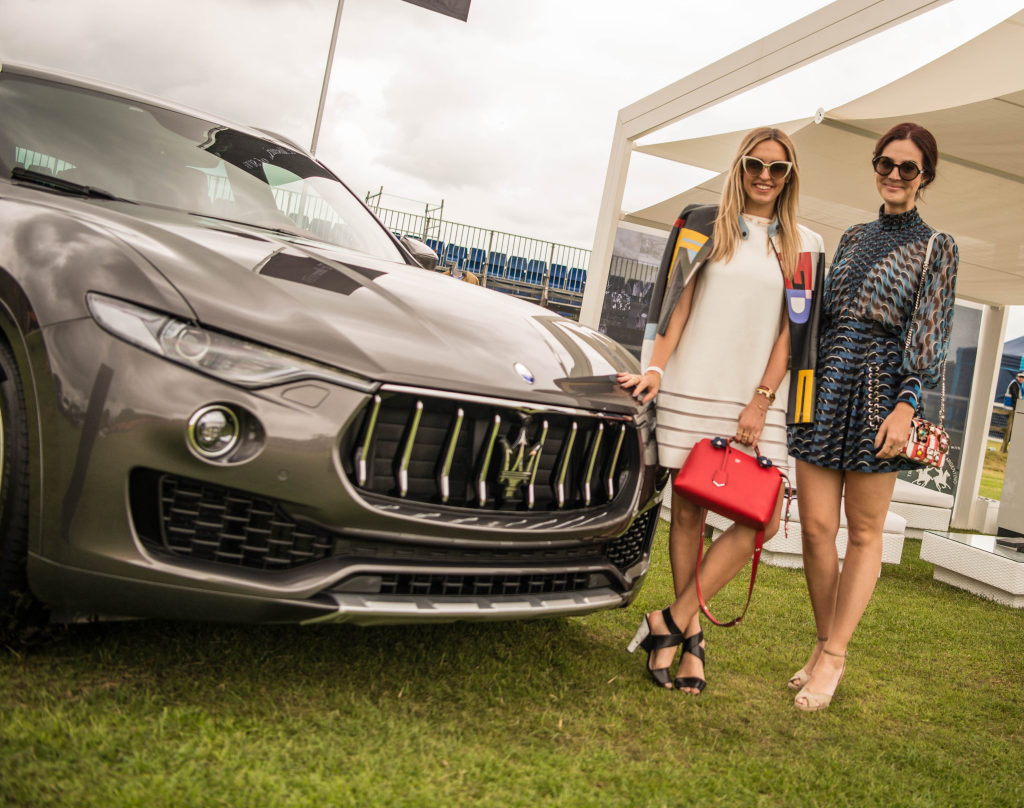 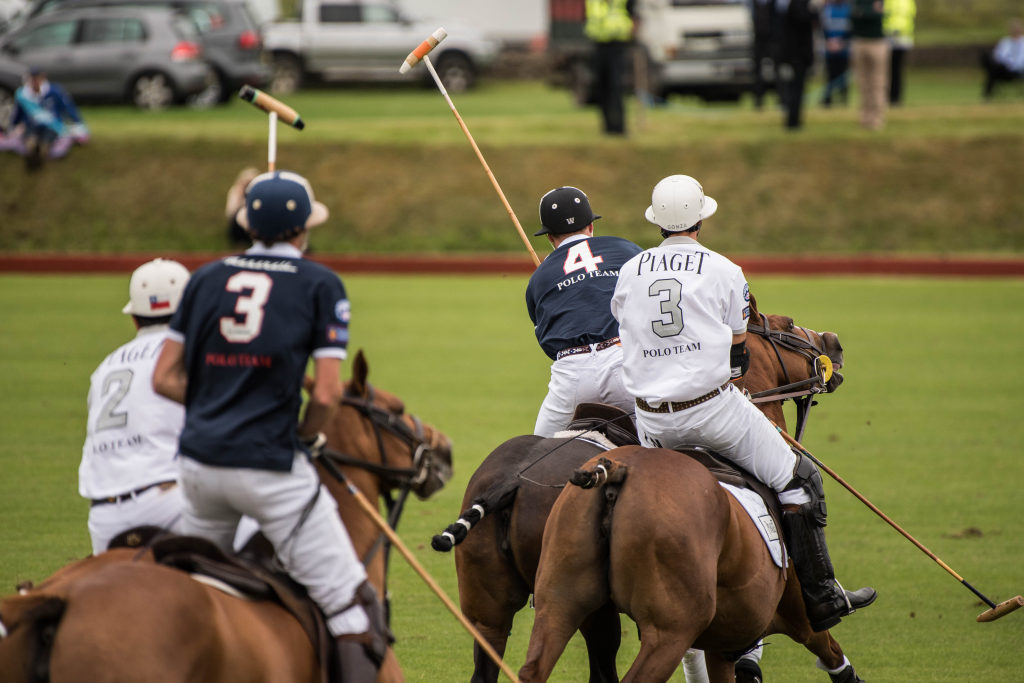 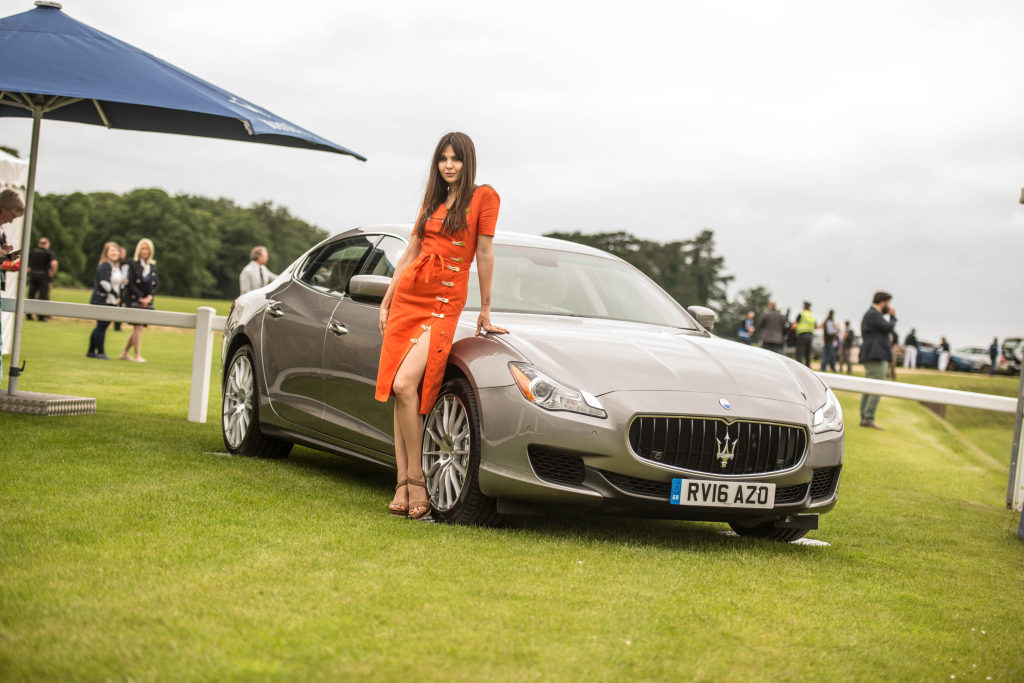 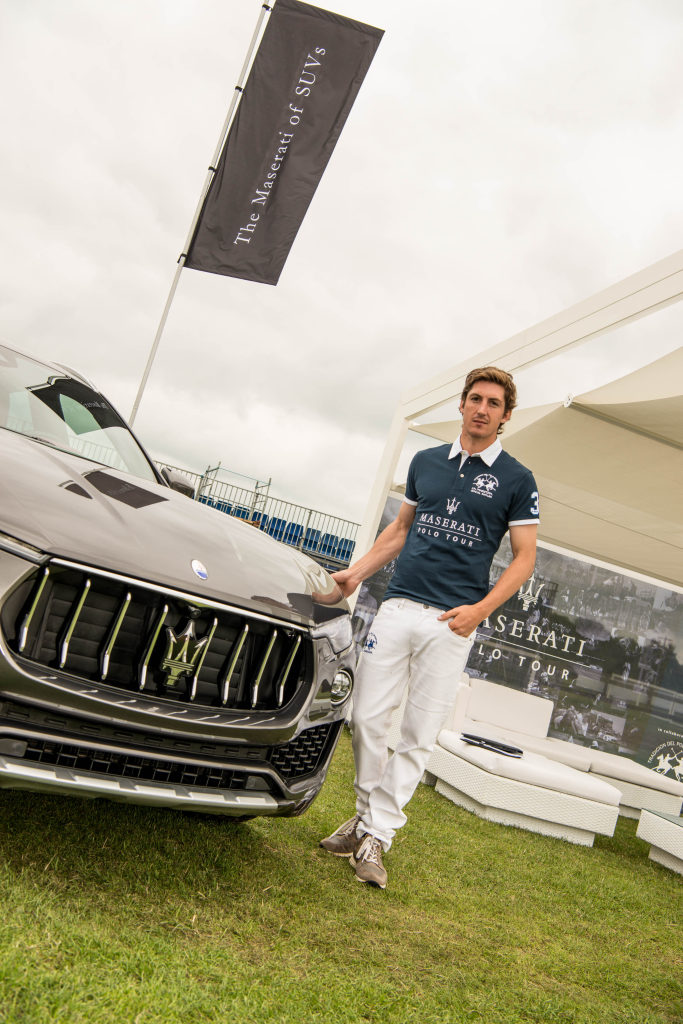 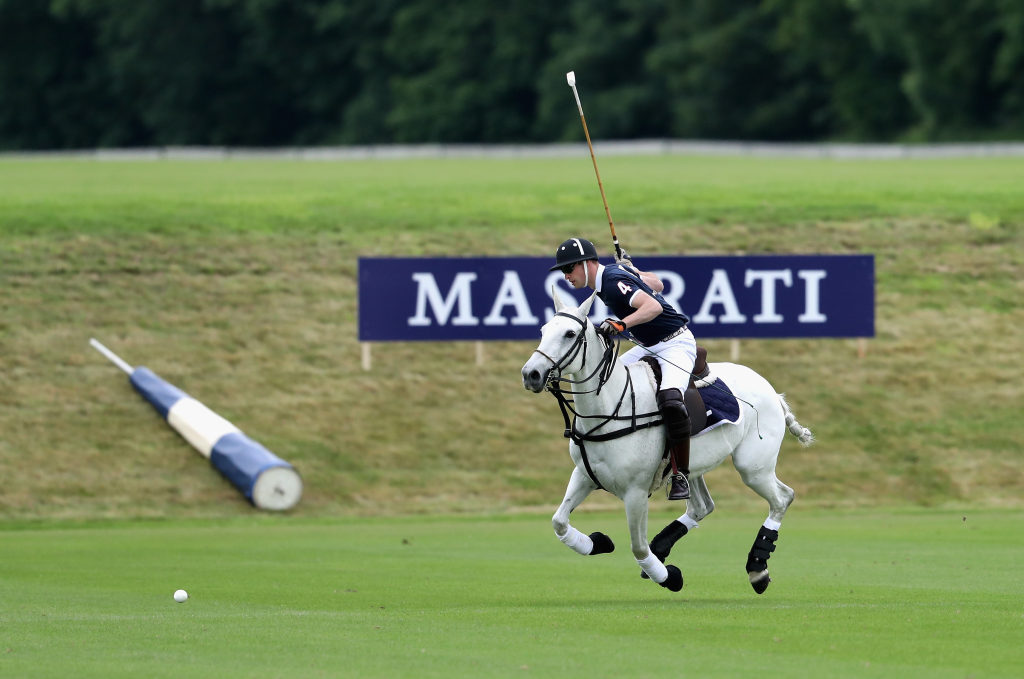 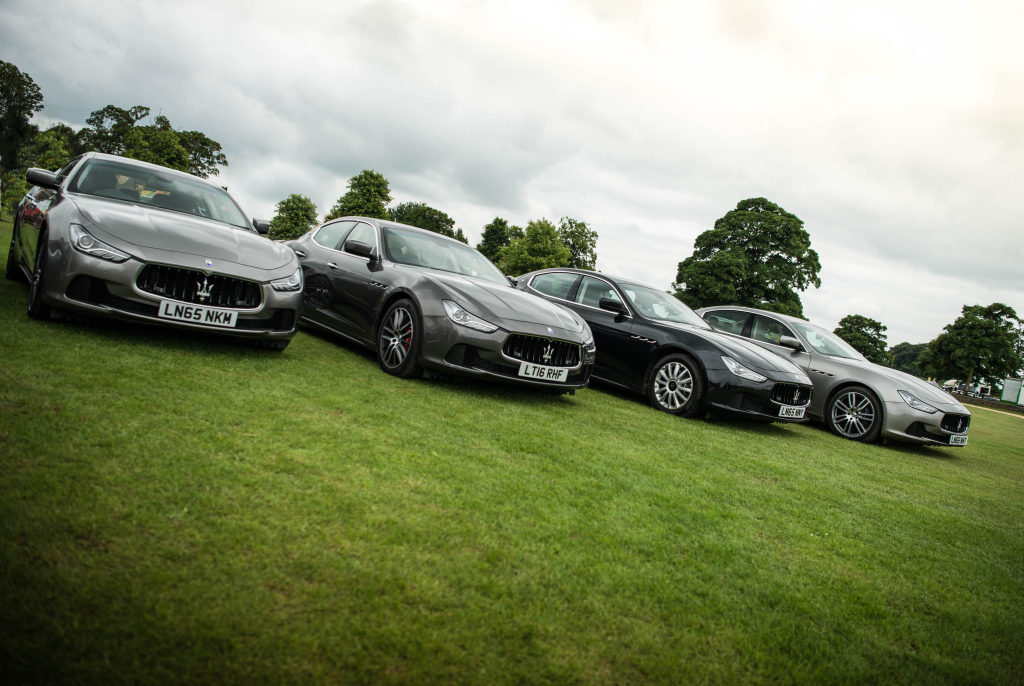 Peter Denton, Region Manager Maserati North Europe, commented: “Today’s match at Beaufort Polo Club highlighted exactly why we look forward to our annual International Polo Tour. The thrill of the match and the power and agility of the ponies is everything we try to encapsulate in our products.”

“It’s always a great atmosphere and we wish The Duke of Cambridge and Prince Harry every success in achieving their target of raising £10,000,000 for their charities.”

Enrico Roselli added: “To celebrate being able to host the UK leg of the polo world tour, La Martina is proud to release a limited edition polo top. This new exclusive shirt – the Anatomic Sport – features a Union Jack second button, alongside seamless anatomical decoration on front and back, as well as the historic La Martina and Maserati logos.”

Showcased alongside the star-studded line-up of polo players were Maserati models including Maserati’s luxury flagship saloon car, the Quattroporte. And adding to the event’s horse power was Maserati’s first SUV, the Levante, which was recently unveiled to the UK media and selected guests at The Royal Horticultural Halls in London.

The Maserati Polo Tour continues on 15-24 July with the “USPA Maserati Silver Cup” at the Santa Barbara Polo & Racquet Club, California, USA. Maserati will then fly to Sotogrande, Spain, for the “45° Torneo Internacional de Polo” that will be held from 27 July to 11 August at the Santa Maria Polo Club.