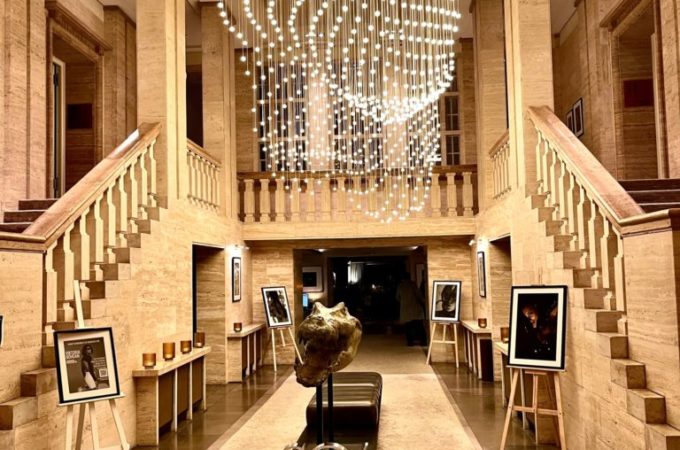 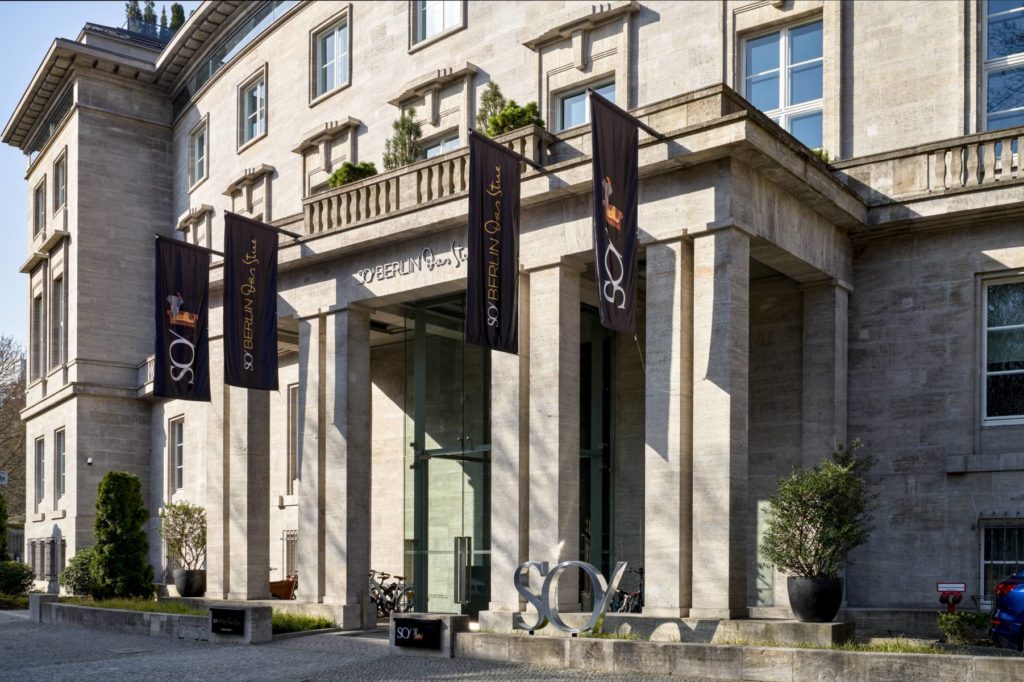 In fact, the city of Berlin is best known for its striking contrasts. Historic buildings stand side by side with modern architecture, with past and present intertwined.

Berlin is the sixth most visited city in Europe. Getting lost in Berlin’s various districts, strolling through the city’s many museums, having a drink in the many unique bars… To visit Berlin is to enter another dimension, where a heavy past and an artistic future are easily combined. If you want to discover Berlin, the question of which hotel is the most suitable also arises.

Our choice for the best hotel of the year 2022 was particularly easy this time, because there is one place that is sure to exceed your expectations and simply enchant you as well as us.
This hotel reflects the character of Berlin, historical merges with modern aspects and has developed its own irresistible charm.
The SO/BERLIN das Stue.

We arrived in October, the autumn month when the hotel is surrounded by the most wonderful colours that mother nature has to offer. The hotel overlooks the Tiergarten, the large zoo in the heart of Berlin. Did you know that Berlin is one of the greenest cities in Europe?
Situated in the middle of the city, yet in a quiet location, is the impressive entrance of the SO/Berlin das Stue. 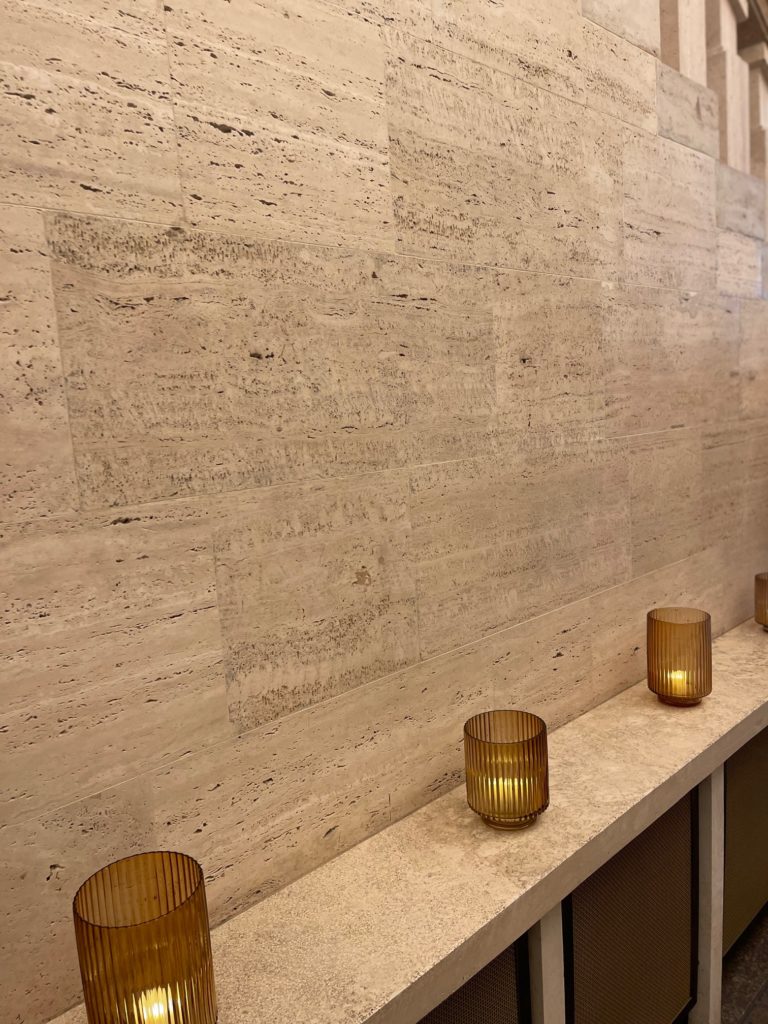 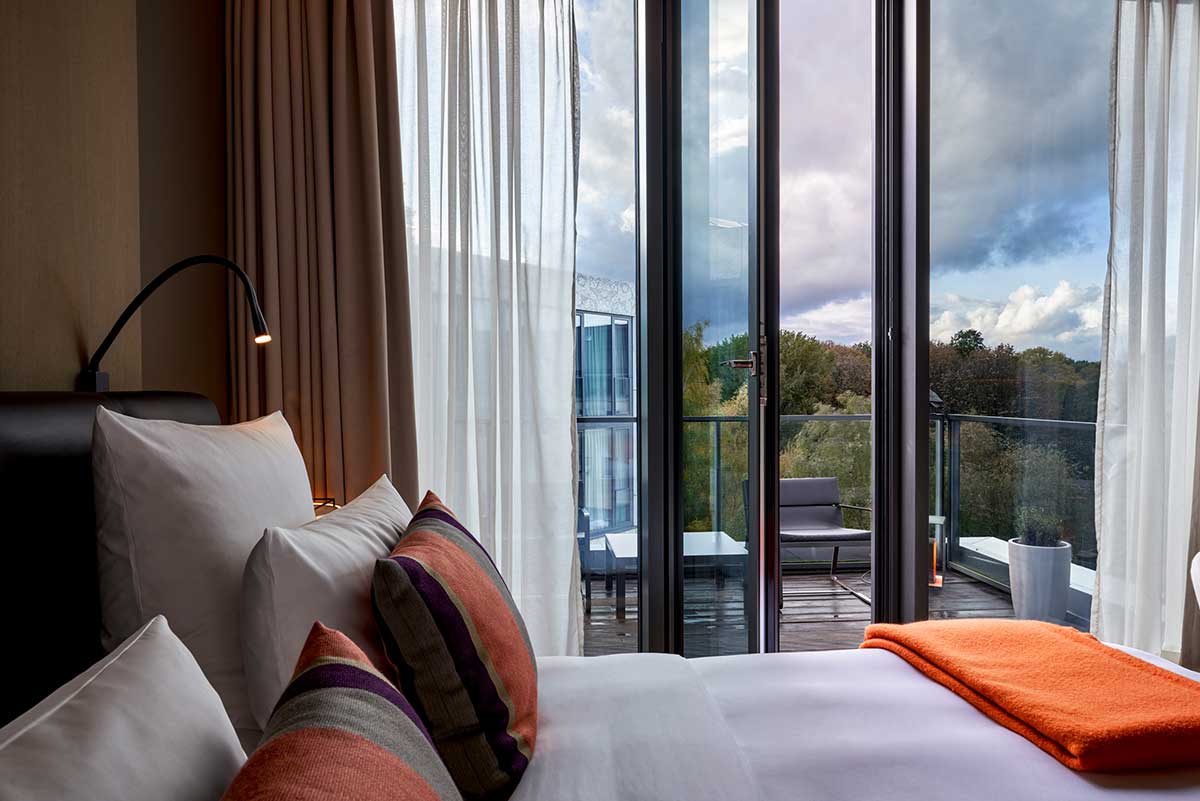 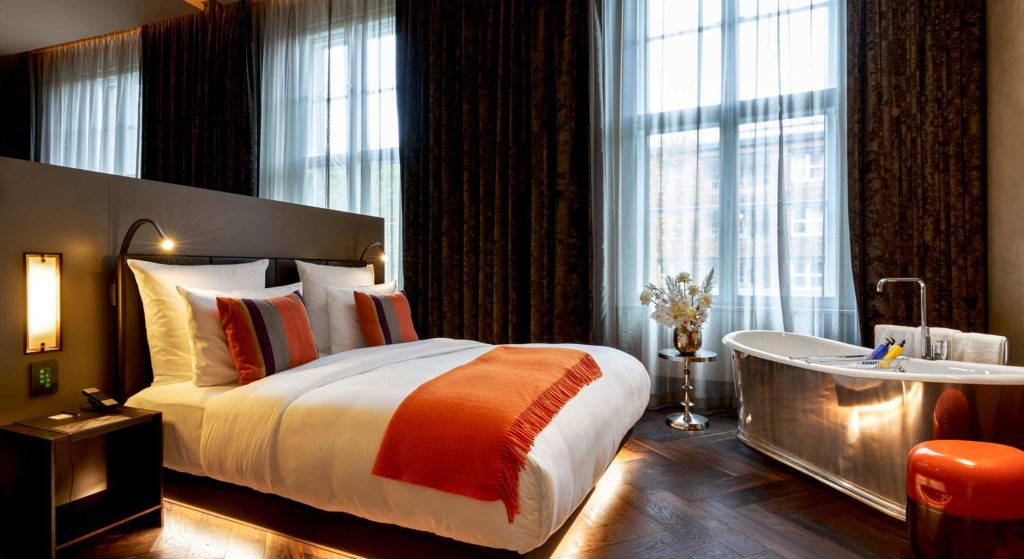 It is housed in a superb 1930s building, a traditional building of the former Danish Embassy. Inside, star designer Patricia Urquiola has managed to highlight the majesty of the place – the herringbone parquet floors, the sublime double staircase – while multiplying the intimate and warm spaces, such as the library or the cocktail bar. On the walls, prints by Helmut Newton, Avedon, Horvat & co. are ultra glamorous, while a rhino or a buffalo in leather, as if escaped from the neighbouring zoo, add a touch of humour.

Art and fashion give the SO/ Berlin Das Stue its individual and at the same time harmonious character. The designers Viktor & Rolf have contributed significantly to this with the design of the hotel logo and the uniforms.

The latter bow to the classic uniforms of a grand hotel and, like the hotel itself, are inspired by the zoo. Other art objects, such as the whimsical leather animals by the Omersa Company, are reminiscences of the wild neighbourhood and set characterful accents. 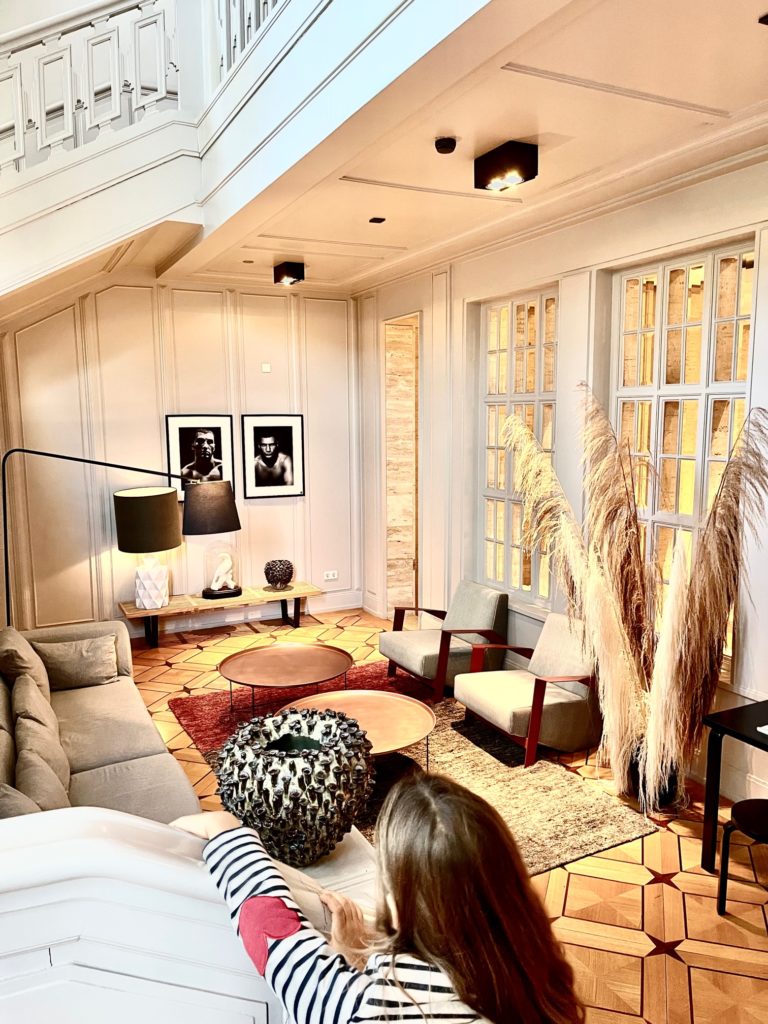 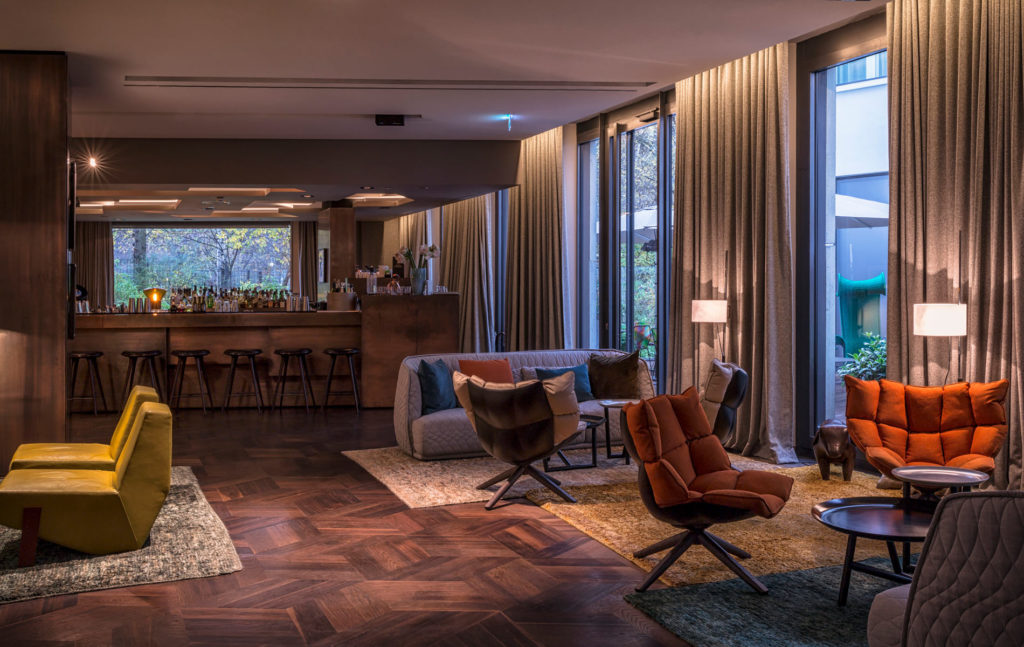 Michelin-starred chef Paco Perez supervises both restaurants. Gastronomic atmosphere at the Cinco restaurant with its open kitchen and large tables. The Casual has a trendier décor with tapas and shared plates.

If you wish you can order also food while relaxing in the Lounge, we tried the “Croquetas”, the “Pimientos del padron” and the extremely tasty “Schnitzel with potato salad”, a typical Berliner dish.

And after a day of sightseeing or long walks around the zoo, the indoor swimming pool is very pleasant. Want to watch the animals? Ask for a room with a view of the zoo, just like ours. We saw horses and beautiful ostriches from our Embassy room, we bet you’ve never seen anything like it ! On top, the hotel has a private access to the zoo… 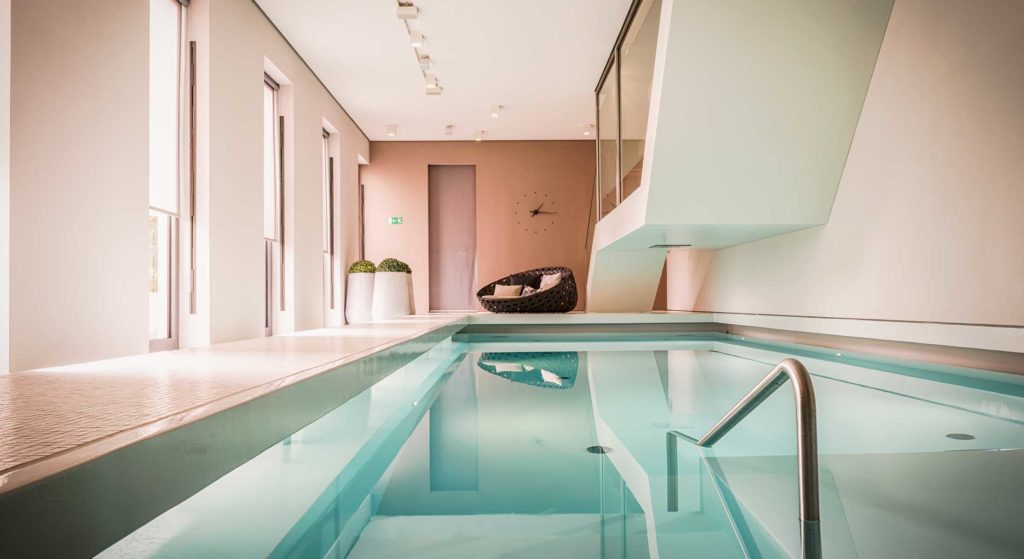 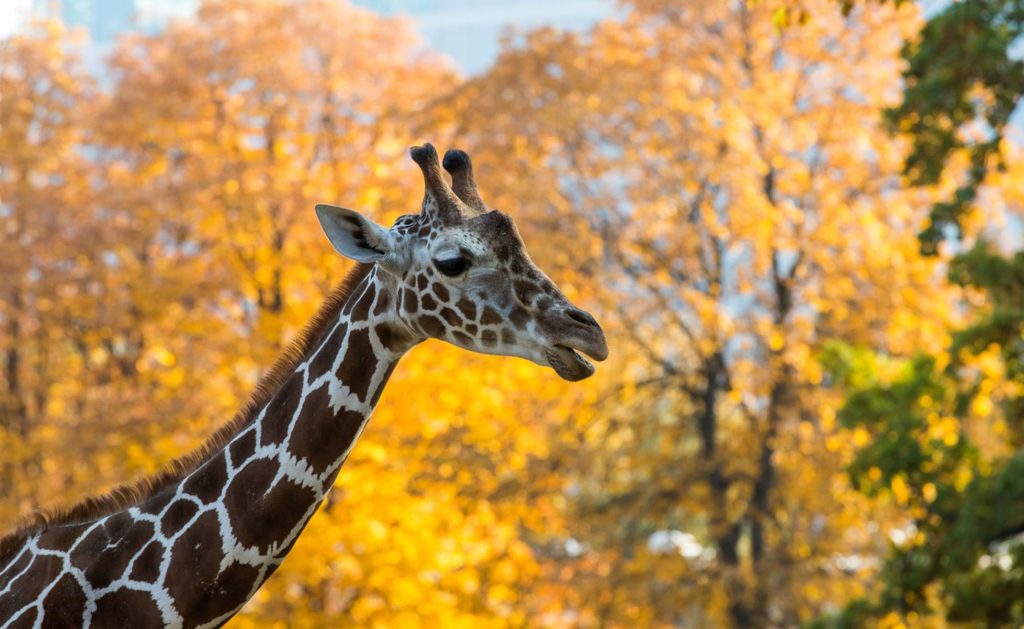 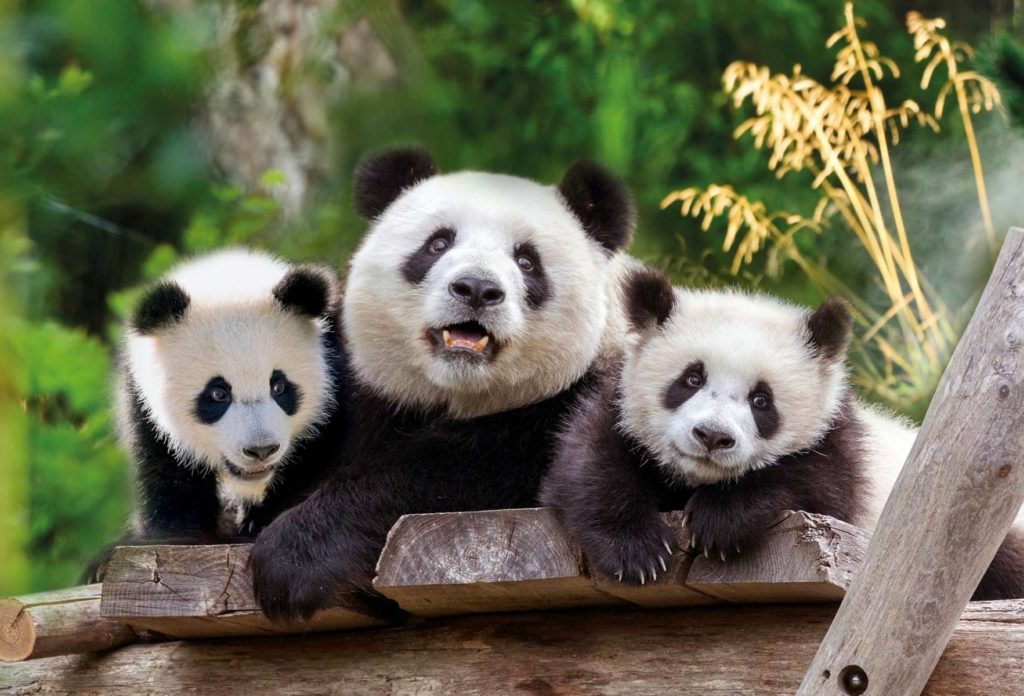 This time we traveled with my daughter of 8 years old and she was absolutely delighted. It is worth mentioning that the hotel even provided a children’s bathrobe and shoes for the spa, these were already waiting for her in the room when we arrived, as well as a macaron carousel with macarons in all colours and flavours. AND there were even coloring pencils and pictures to be colored in for the smallest guest.

It doesn’t get more attentive and cute than that! 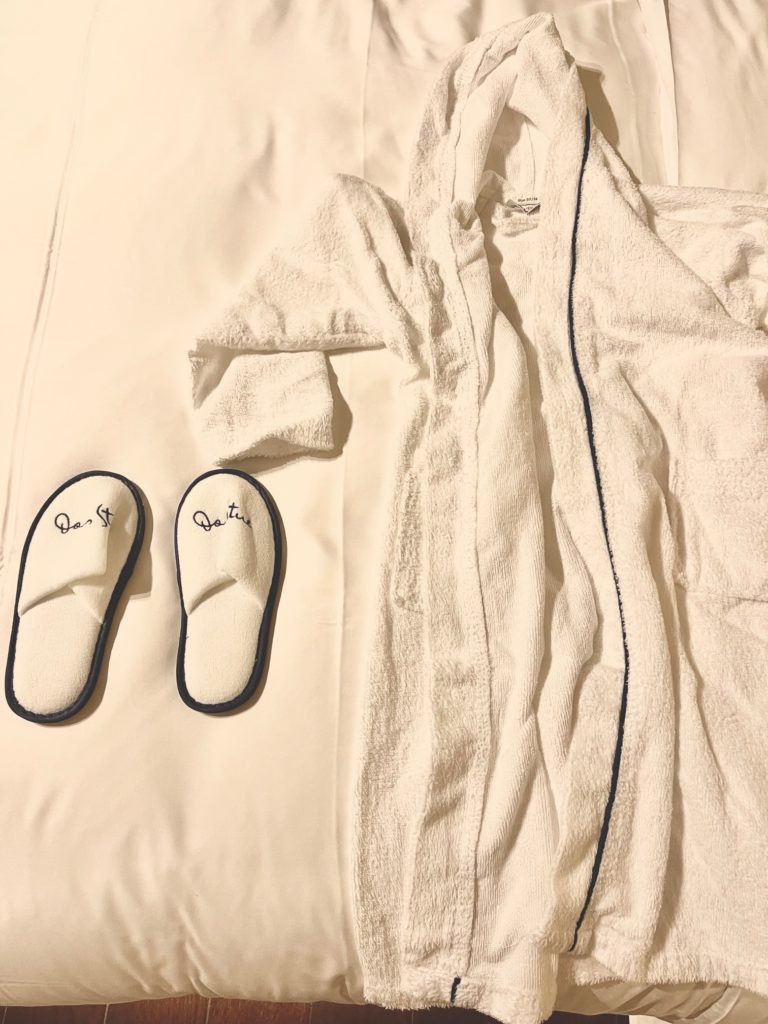 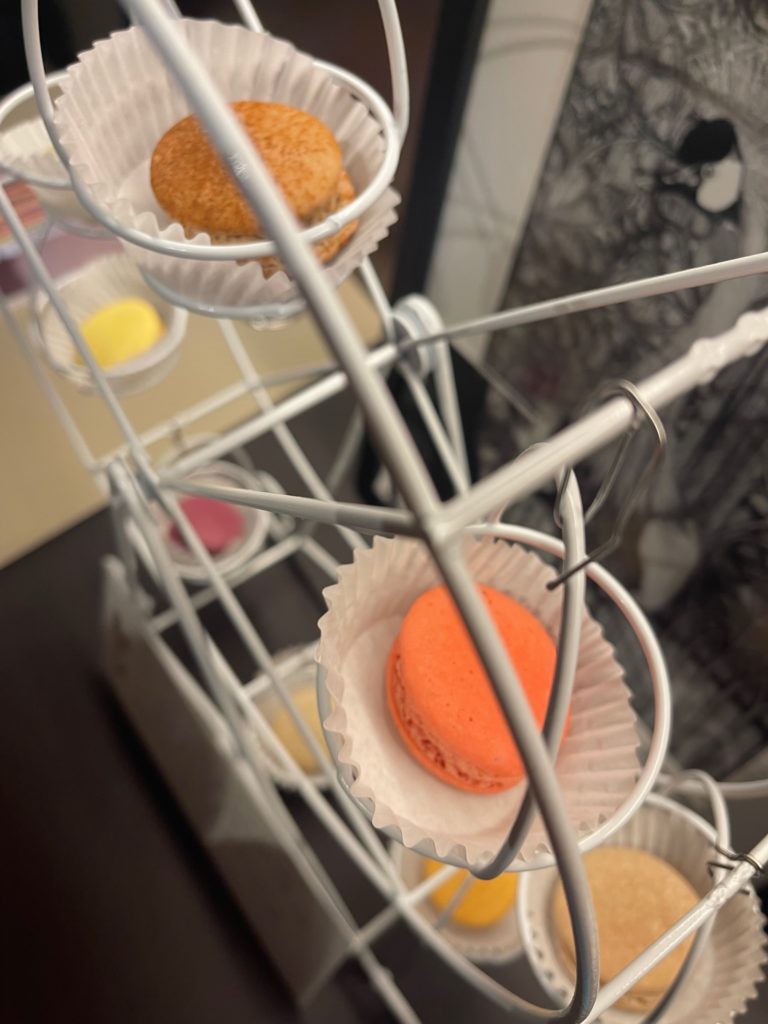 One of the highlights is also the incredible breakfast. We were quite hungry in the morning as we arrived late in the night and didn’t have much time to eat anything good.
We were just thrilled, there were so many healthy and delicious things, from avocado bread with sunflower seeds, smoked salmon, crêpes with honey, fruit salad, delicious scrambled eggs and lots of detox juices to start the day off right. Of course there was a lot more but some things should not be mentioned so that you can surprise yourself. 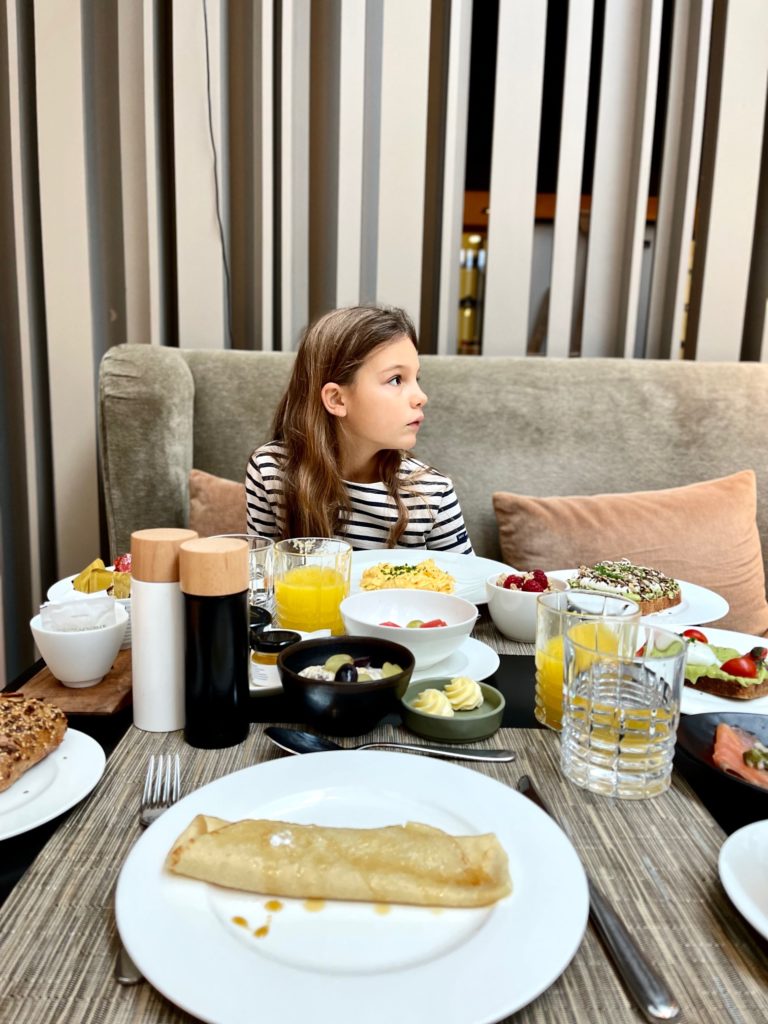 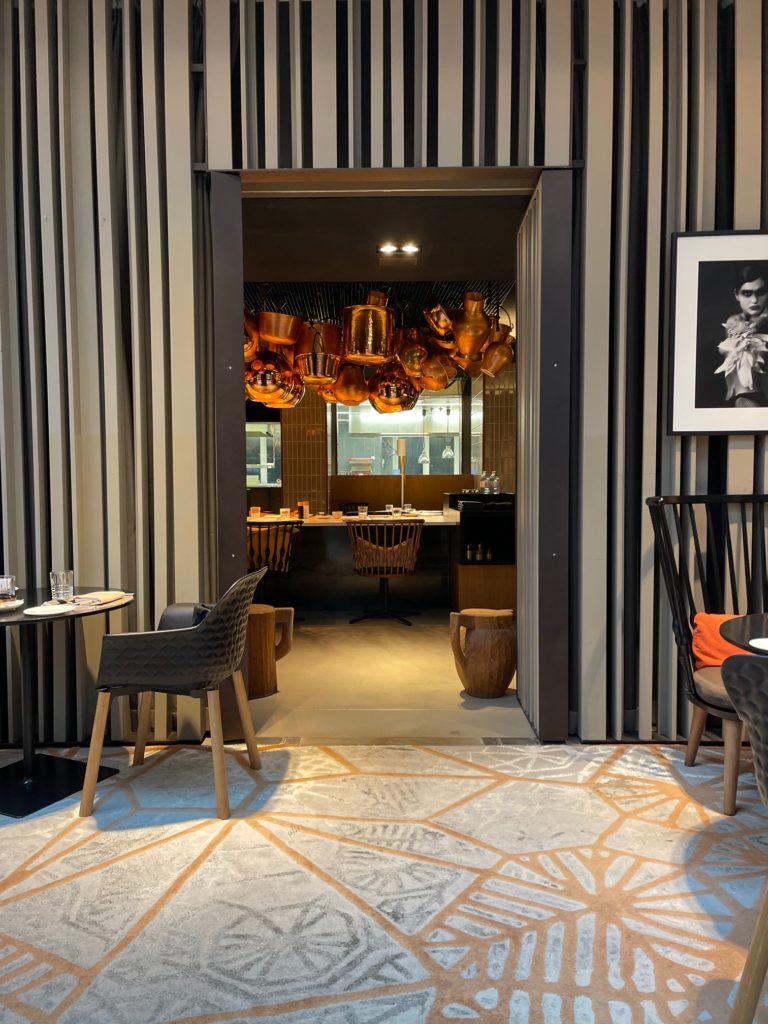 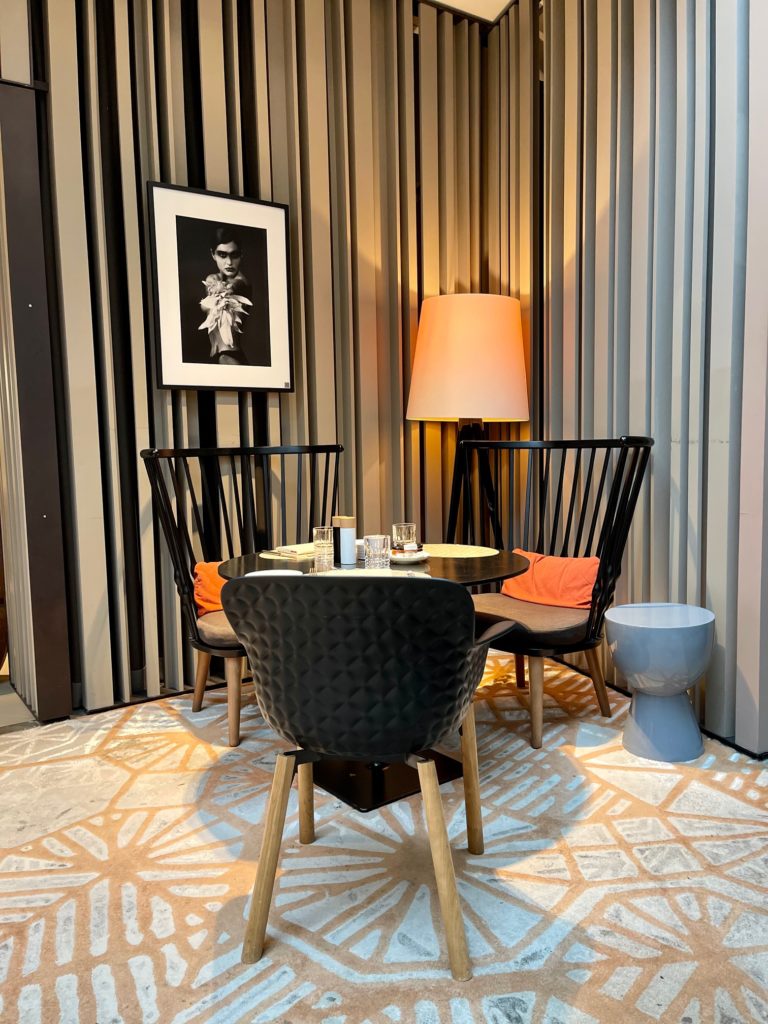 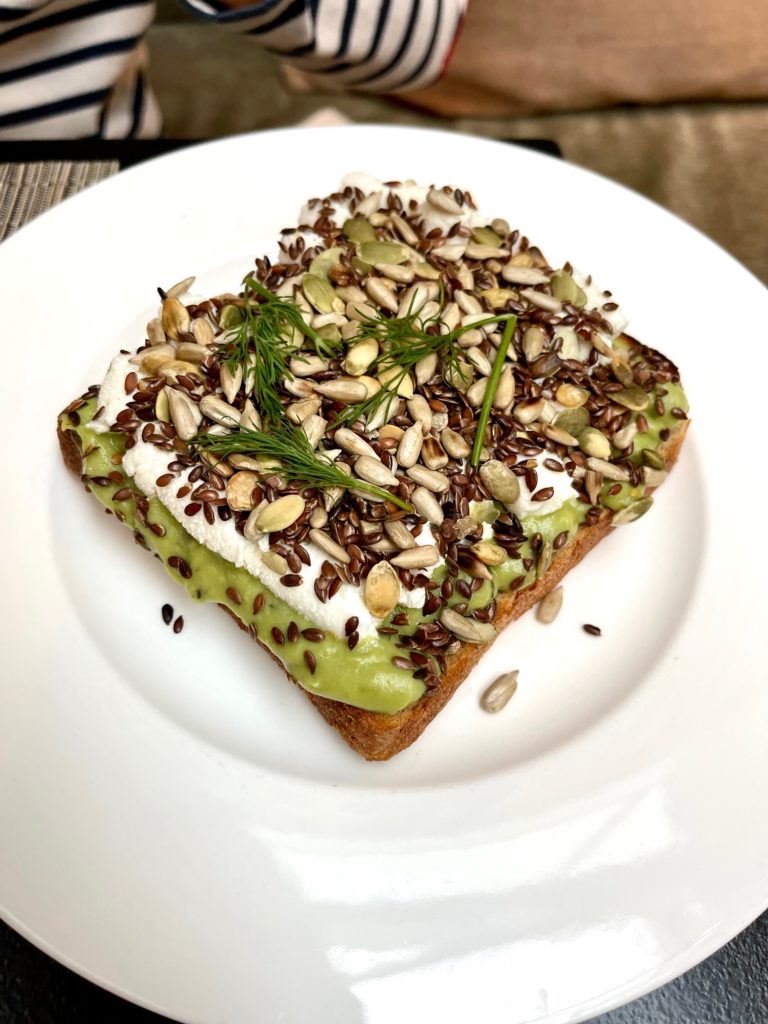 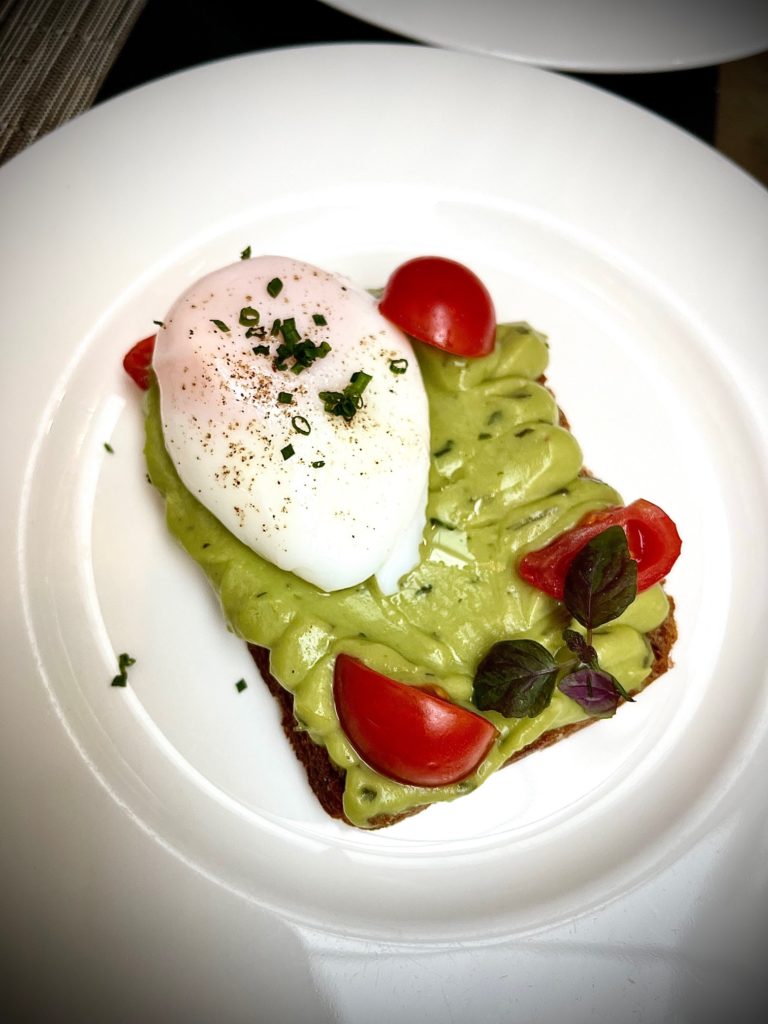 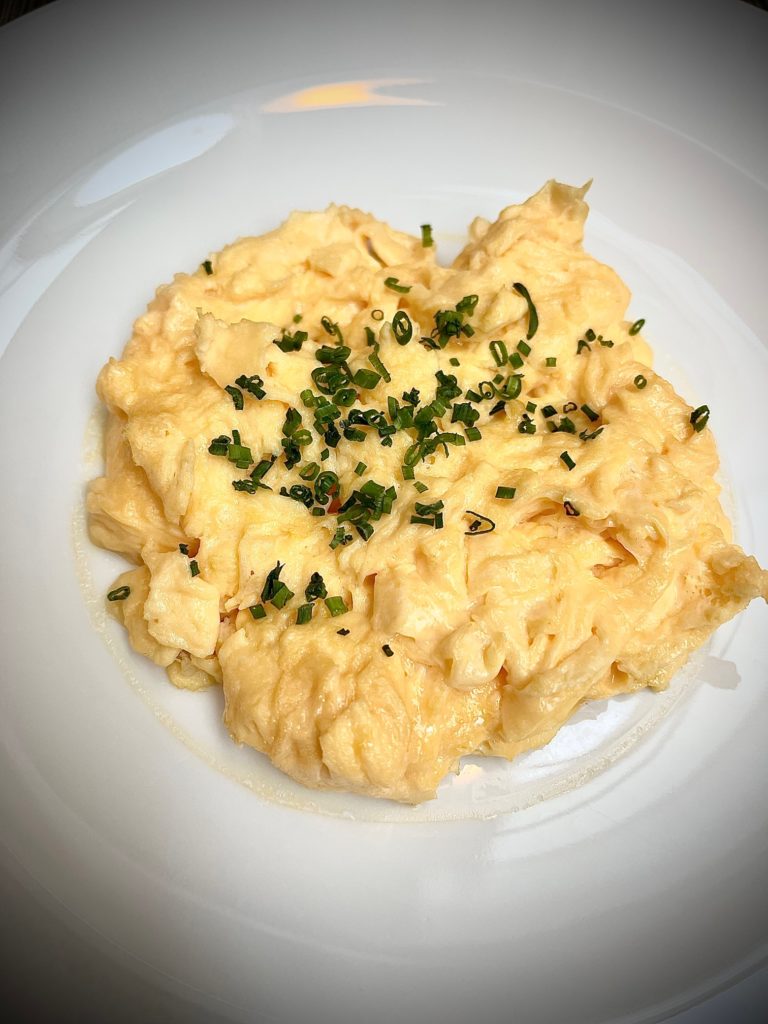 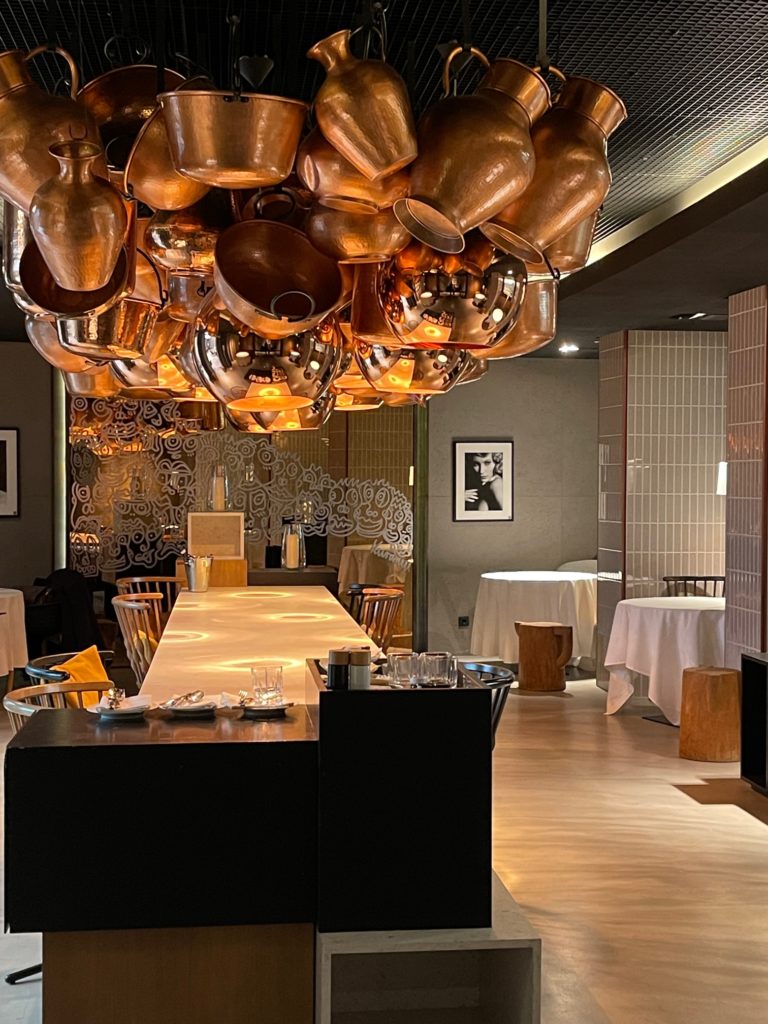 Many thanks to the staff who made our stay unforgettable, we truly can’t wait to come back in summer 2023.

Book your stay as soon as you can because the hotel is most of the time very booked, and don’t forget to give us feedback in the comments ♡

The link below brings you to the booking section, enjoy ツ 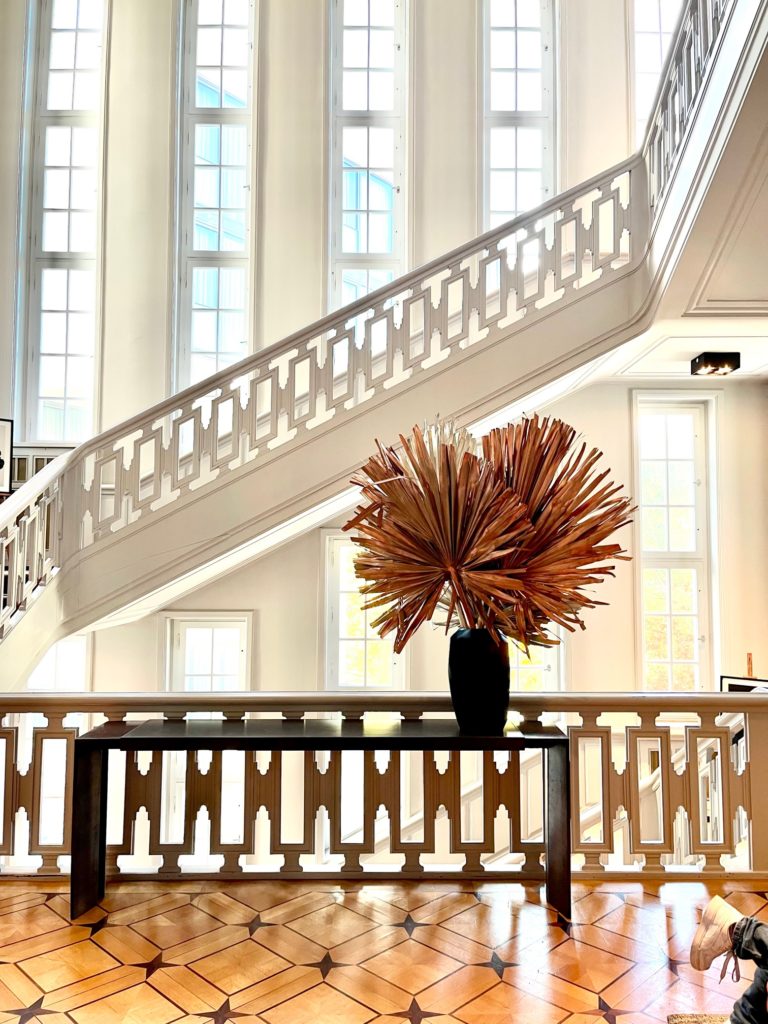